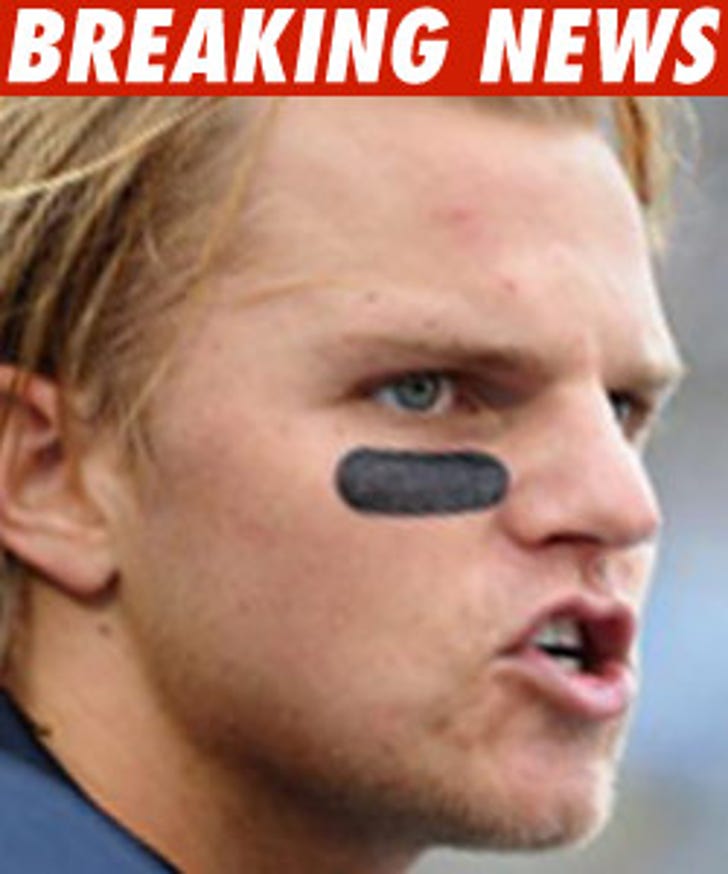 UPDATE: During a press conference moments ago, Coach Weiss said Jimmy will be at practice today and starting against Stanford.

The Fighting Irish have taken a beating on the football field this year -- and now, their starting quarterback was reportedly socked in the face during a bar fight early Sunday morning.

According to the Chicago Tribune, it all went down at a bar in South Bend, Indiana after Notre Dame choked in a double-overtime loss to UCONN. The paper reports Jimmy Clausen was leaving the place after dinner with his parents, and some bar patron "sucker punched" him in the face.

The paper claims Clausen -- a major NFL prospect -- has a black eye. No word if the QB plans to press charges.

WWTJD -- What Would Touchdown Jesus Do?