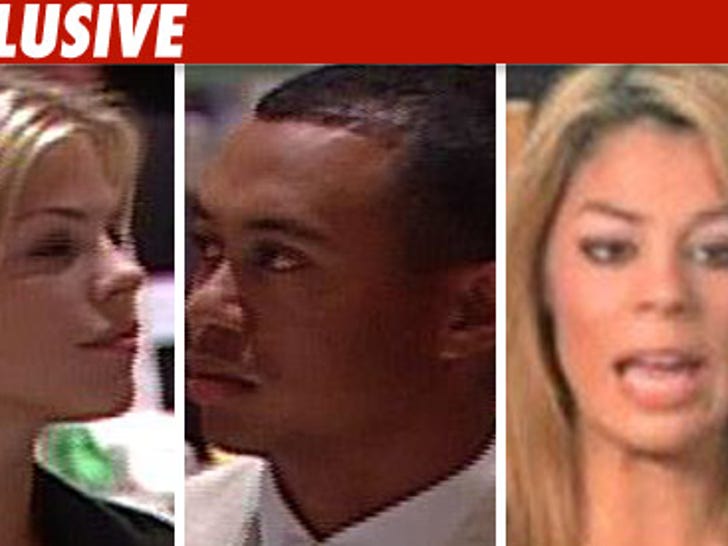 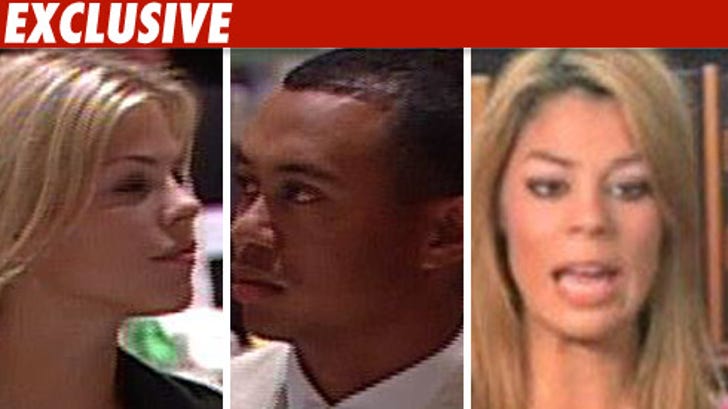 As we first reported, Grubbs bragged to co-workers at the Stone Rose Lounge in West Hollywood, claiming she was having an affair with Tiger and even playing them the voicemail Tiger left for Jaimee on November 24 -- when he asked her to remove her name from the outgoing message on her voicemail because Elin was becoming suspicious.

Co-workers tell TMZ on Friday -- the day of Tiger's crash -- Jaimee went to work, played the voicemail to co-workers and then later in the evening said she had received a call from a blocked number. Jaimee says she answered and asked who was on the line. Jaimee says the caller -- a woman -- did not identify herself but said, "You know who this is because you're f**king my husband."