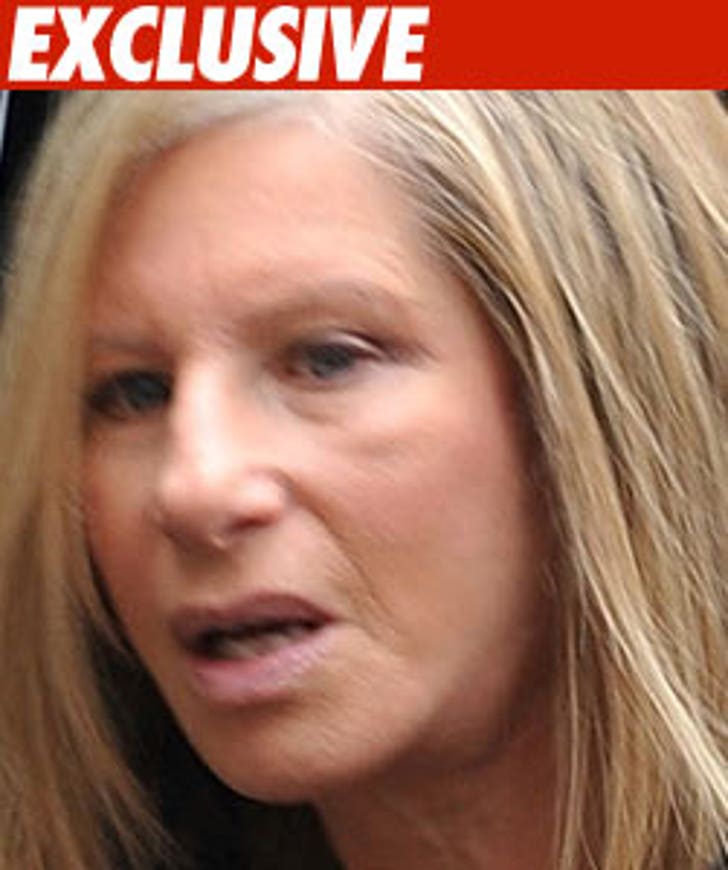 A carpenter claims he fell head over heels for Barbra Streisand -- hard -- and now he's suing her for the injuries he allegedly sustained on the way down.

A guy named Daniel Ortiz claims he was hired as a carpenter to work on Streisand's home in Malibu, CA back in 2007. Ortiz claims he took a nasty spill into a ditch while working and badly injured himself -- and claims "negligence" on behalf of Streisand and the people she hired to handle the construction.

According to the lawsuit filed Wednesday in L.A. Superior Court, Streisand "failed to take steps to either make the dangerous condition safe or warn [Ortiz]" of the ditch -- which he fell into while exiting an on-site trailer.