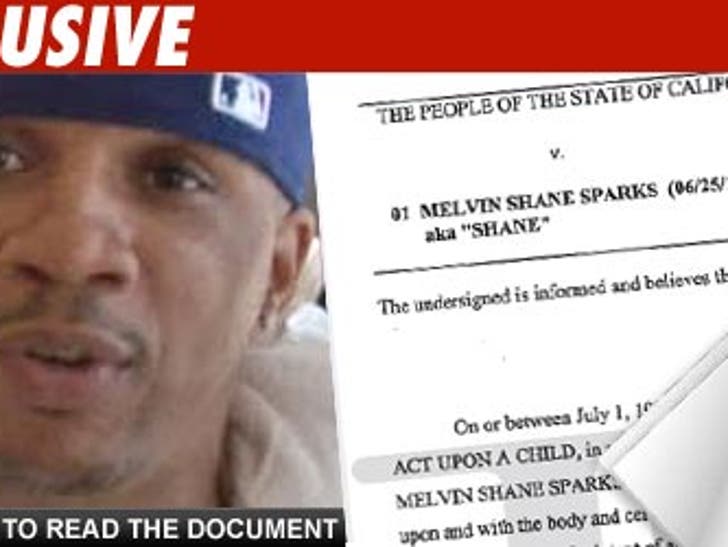 Shane Sparks -- a judge on the MTV show "America's Best Dance Crew" -- has been arrested and charged with 8 counts of child molestation.

The LAPD took Sparks into custody at 8AM PT this morning on a felony warrant charging him with molestation.

The alleged incidents began occurring in 1994 and continued for several years. According to the criminal complaint Shane allegedly committed the crimes of lewd acts upon a child -- all felonies. There is only one alleged victim.

The criminal complaint -- filed by the L.A. County District Attorney's office -- charged Sparks with 8 incidents of alleged molestation with an underage girl. There was a clerical error in the D.A.'s charging documents -- there are actually only 8 counts -- not 9.

The lewd acts include oral copulation and other acts "with the intent of arousing, appealing to, and gratifying the lust, passions, and sexual desires of the defendant, who was at least 10 years older than [the victim]."

Sparks is the second person from "So You Think You Can Dance" who's been in trouble with the law -- earlier this year his co-star Alex Da Silva was charged with rape.