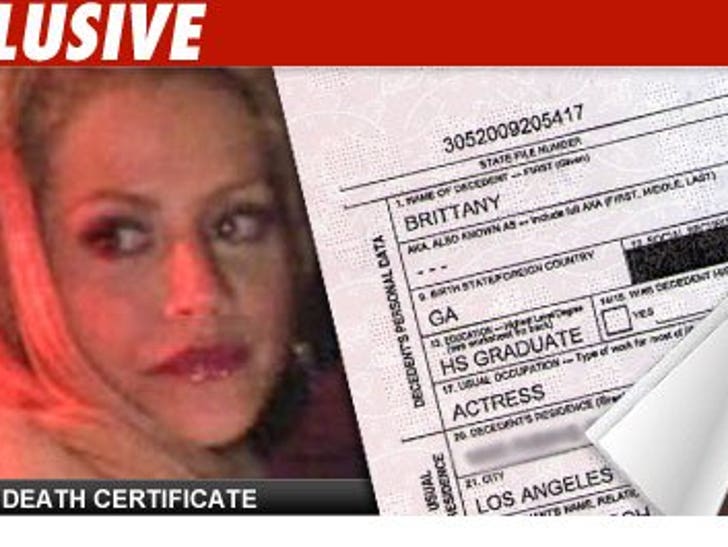 The manner of death is checked as "pending investigation." The immediate cause of death says, "deferred."

As for manner, the possibilities include accident, natural, homicide, suicide and undetermined.

As for cause, the L.A. County Coroner is awaiting toxicology and tissue tests.

Interestingly, although several entertainment outlets interviewed Brittany's father after her death ... the death certificate lists the father as "UNKNOWN."

Also interesting ... there's a line on the certificate for "INFORMANT." The name listed is "Tayebe Pajooh, cousin," who has a mailing address in North Carolina. A rep for the County tells TMZ an informant is someone who gives vital information, such as SS#, to the mortuary.