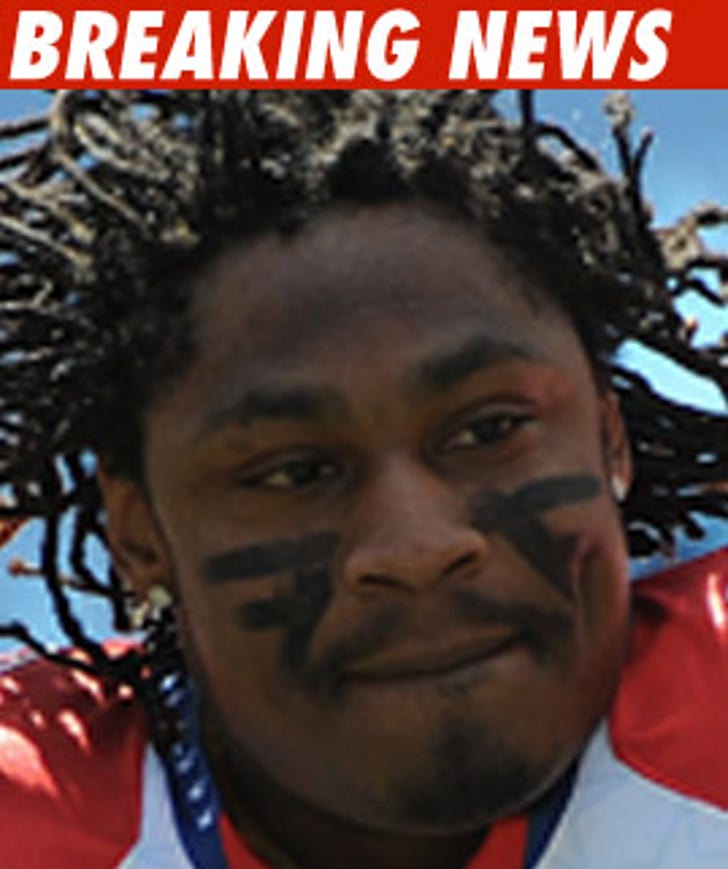 Buffalo Bills star running back Marshawn Lynch is in for another long off-season -- dude's being sued by the woman he ran over during an alleged drunken hit-and-run incident back in 2008.

In the lawsuit, filed in Erie County Court, the 27-year-old victim, Kimberley Shpeley, claims Lynch was drunk when he got behind the wheel of his Porsche Cayenne in Buffalo at 3:30 AM on May 31, 2008 and struck her as she was attempting to cross the street.

Lynch was investigated for the incident, and ultimately reached a deal with prosecutors that kept him out of jail -- though he did plead guilty to something called "failure to exercise due care toward a pedestrian" and had to pay a $100 fine.

Now, the victim is demanding an unspecified amount of cash for the "severe personal injuries" she claims she suffered.