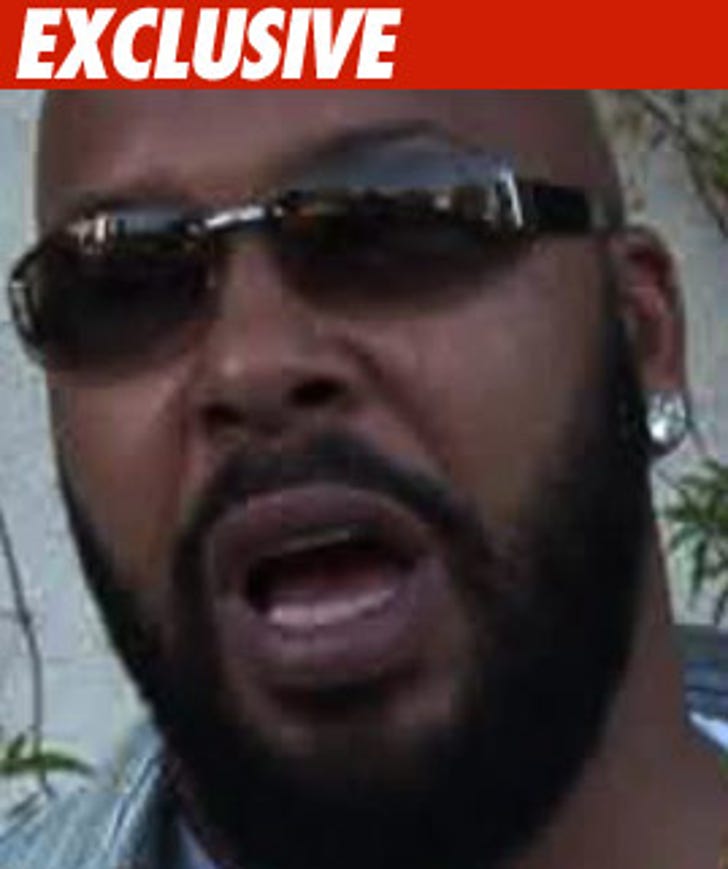 The mother of Suge Knight's four-and-a-half year-old child is gunning for cash -- but she won't be getting much, and Suge's paltry "presumed income" is to blame.

According to papers filed in Los Angeles County Superior Court, Tammie Renell Hawkins is seeking child support for Taz Maree Knight, who was born in May 2005.

Here's the catch: By California law, support is based on the presumed income of the person coughing up the dough -- and according to the docs, Suge's net income is only $1,207 a month!

Because of his haul, the most Tammie can request monthly is $302.

Suge recently tried unloading a $1,495,000 mansion -- looks like that money could really come in handy.