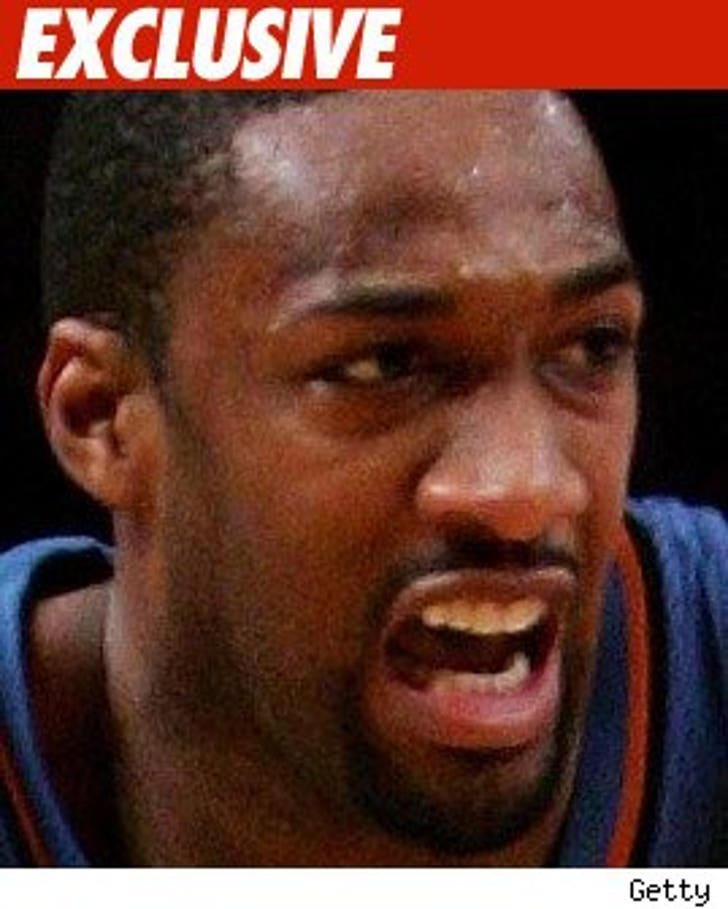 Our sources say Arenas' lawyer and prosecutors are discussing a plea in which Arenas would cop to misdemeanor gun charges. We're told a deal hasn't been struck yet, but it could come as early as today.

Sources say the filing of charges would coincide with the plea, so it would all go down quickly. We do not know what they are discussing with respect to a sentence ... the prosecutor would recommend a sentence but ultimately it's the judge's decision.

Arenas is under investigation for felony gun charges for the locker room incident last month.

As for what a plea would do to Arenas' status as a member of the Washington Wizards, we're told G.M. Ernie Grunfeld and Arenas were text messaging each other shortly after the incident. In one of the text messages, Grunfeld wrote that Arenas had violated his NBA contract which prohibits players from possessing a firearm in a team or league facility. As a result Grunfeld texted the team had a right to void his contract ... worth $111 million.