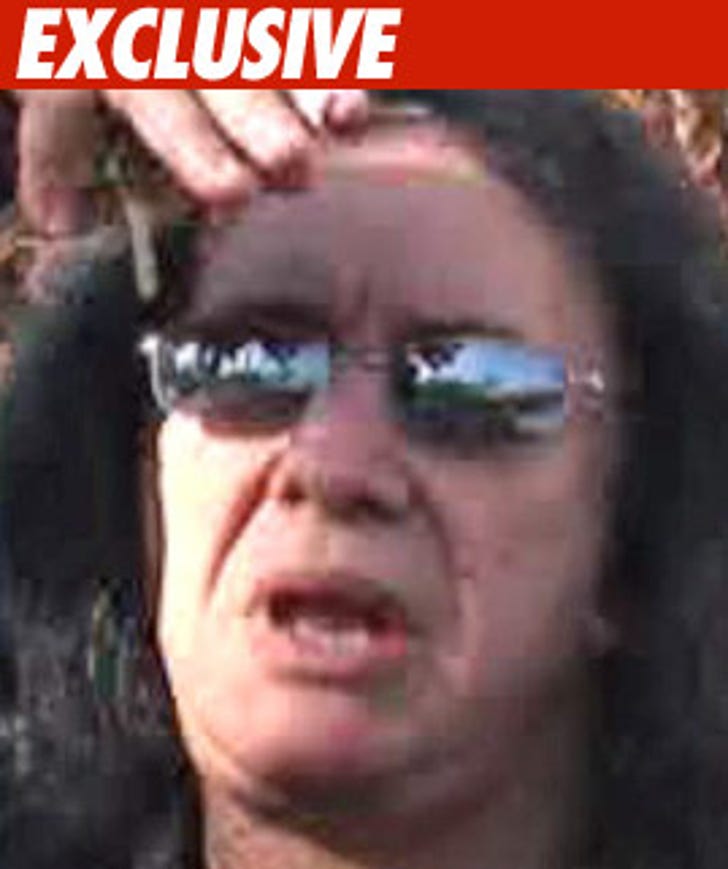 Gene Simmons is lashing out at the couple accusing him of being a violent, choke artist -- claiming he was the one who was accosted by a "tall, thin, tattooed" aggressor.

It's all over an incident outside of a movie theater in L.A. back in December -- in which Simmons claims he was walking with his family, when Nathaniel Marlowe and Cynthia Manzo "jumped at them and started yelling in their faces."

Simmons' attorney, Barry Mallen, tells TMZ Gene saw Marlowe point a "small electronic device" at his family, so he ripped away the device and "moved Marlowe aside" so the family could safely get to their car.

Days after the incident, the couple filed a lawsuit against Simmons, claiming assault, battery, emotional distress and more.

But Team Simmons claims the accusers are simply "opportunistic" and "riddled with distortions and false accusations."

The two sides are set to do battle in court sometime soon -- stay tuned.