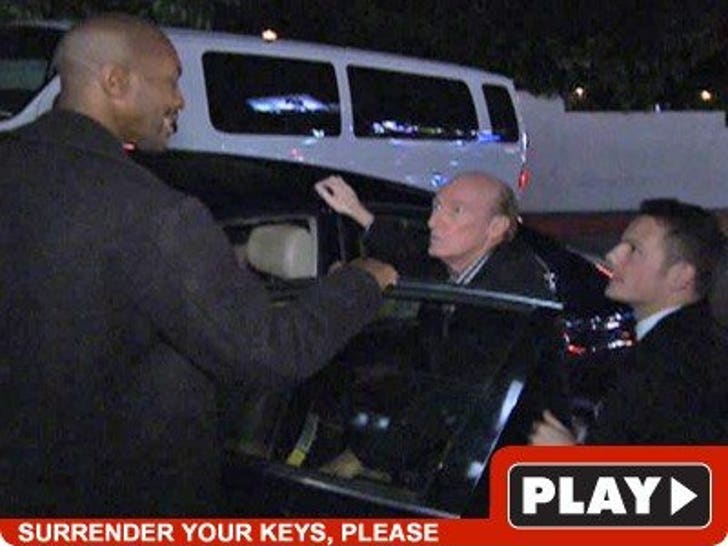 Character actor Ed Lauter wanted to drive home from a Golden Globes party over the weekend -- but security thought the slurring star had one too many drinks to get behind the wheel and stopped him cold.

Lauter was getting into his car outside Chateau Marmont when security intervened and told the guy to take a cab instead ... a suggestion he was none too happy with.

Though Ed kept saying he was "fine" and even dropped coach Larry Brown's name in an attempt to win points with the guard, he eventually relented -- and got a taxi.