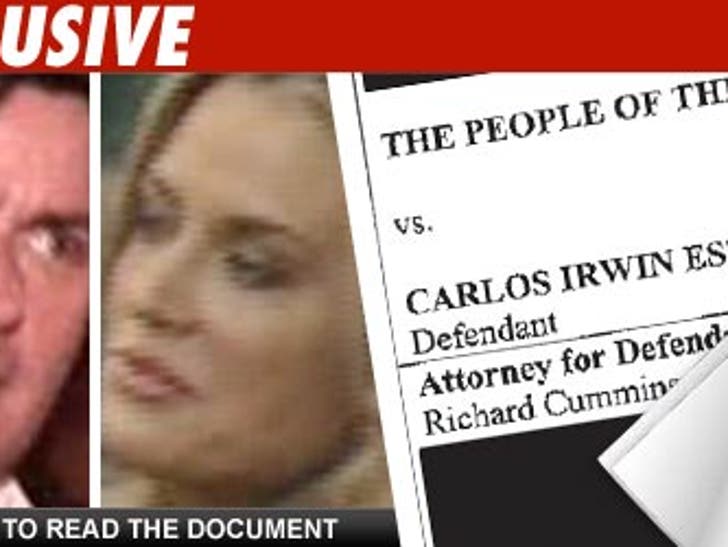 Charlie Sheen's lawyer has just filed legal docs, asking the Aspen judge to allow him to communicate with his wife Brooke Mueller while she's in the hospital.

As we first reported, Brooke Mueller is in the ICU in an L.A. hospital with a nasty infection. Charlie visited the hospital today, but because there is a protective order in place he is not allowed to communicate with his wife.

In the legal papers, Charlie's lawyer, Richard Cummins, wrote that Charlie "is concerned and feels the necessity to assist and care for his wife."

Cummins is asking for a modification of the protective order, to allow Charlie to communicate with Brooke while she's hospitalized.

The judge has not yet ruled on the request.