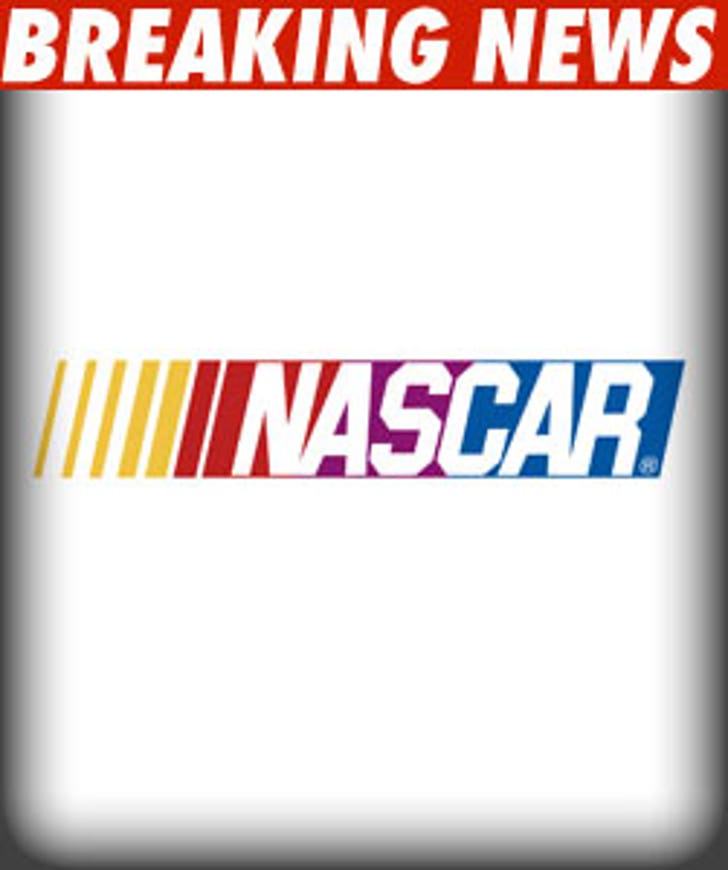 NASCAR is at the center of a heated race issue -- after a driver claims he was banned from a Drive for Diversity event for looking too damn white.

In fact, the driver claims NASCAR officials labeled him "the poster boy for the Ku Klux Klan" ... even though he's part Puerto Rican.

According to a federal lawsuit filed by Michael Rodriguez, dude claims his impressive resume got him accepted into the elite D for D program back in 2005 -- a program designed to "provide opportunities for female and minority drivers."

But in the docs, filed in Pennsylvania, Rodriguez claims when he actually showed up to the combine -- people made him feel "unwelcome" because he happens to have fair skin and light blue eyes.

During the combine, Rodriguez claims he suffered a head injury 20 minutes before his first race -- and although he was cleared by doctors, he suspiciously wasn't allowed to drive ... and shortly after he was banned from the track, the driver claims he heard race officials comparing him to members of the KKK.

We called NASCAR for comment ... we're supposed to get a statement soon.

The next year, Rodriguez claims he once again applied for the D for D event -- but during the selection meeting, his photo was placed on an overhead projector and an official said "he is the poster boy for the Ku Klux Klan and we can't have him at the combine."

Rodriguez says he wasn't accepted into the combine that year ... and then denied in 2007 as well.

He's suing NASCAR and a marketing company for an undisclosed amount.