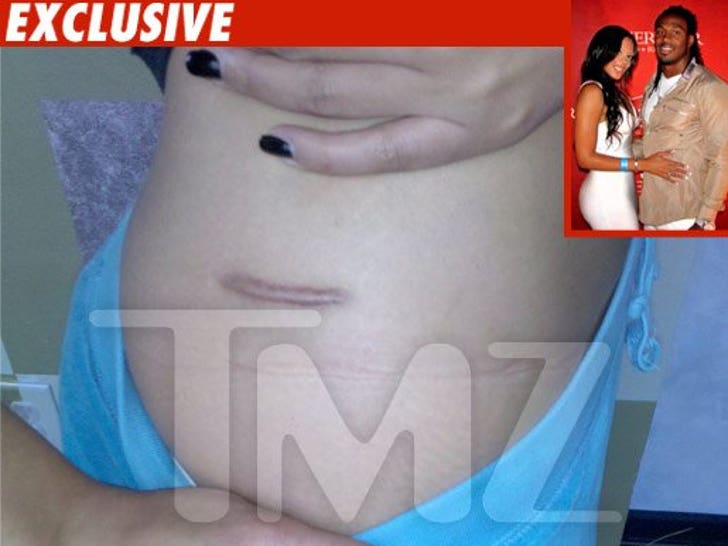 TMZ has obtained a photo of the scar Steven Jackson's ex-girlfriend claims she bears as a result of the alleged attack at the hands of the NFL star. 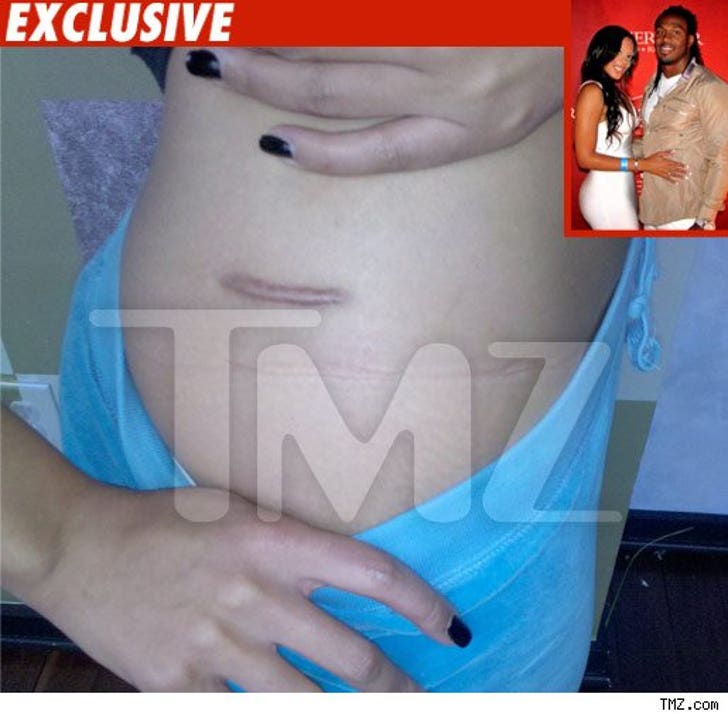 As we first reported, Supriya Harris filed a complaint with the Las Vegas Police Dept. yesterday accusing Jackson of beating her up while she was 9-months pregnant with their son in March 2009.

In the complaint, Harris claims Jackson smashed her into a door handle so hard that she bled "heavily" and needed to be hospitalized.

So far, Jackson is still not commenting on the incident.