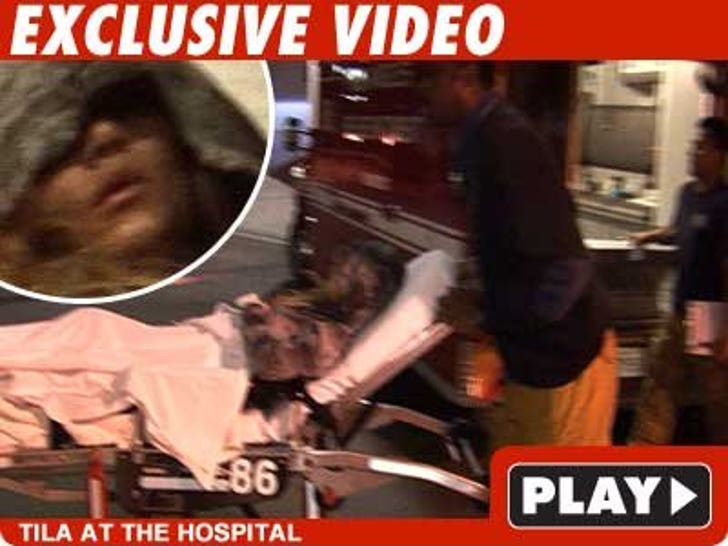 Tila Tequila made a call to paramedics last night after she fell off her chair and "dented" her head -- her words, not ours. 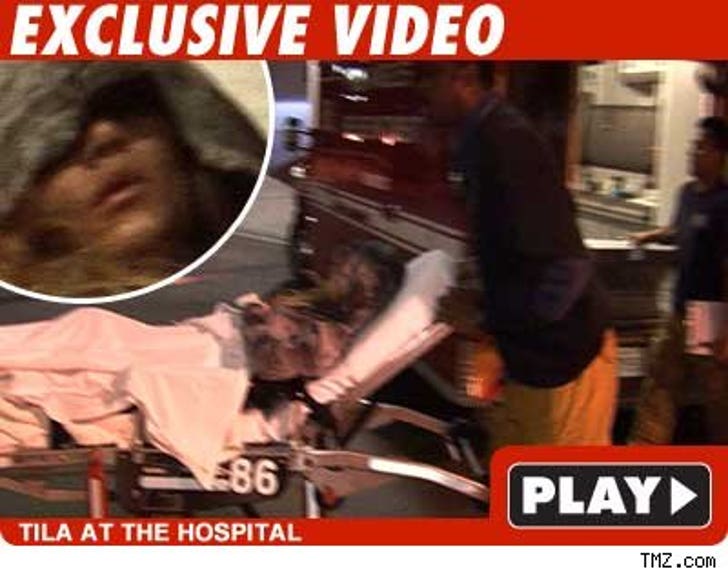 Since Tila tweets her every moment, she provided her own play-by-play of the accident. Tila first said she fell off her chair and "slammed my head into the wall and heard the back of my skull crack. theres a dent in it now!"

Shortly thereafter, Tila recalled the tragic events of Natasha Richardson (but not her name) when she tweeted: "I should call the ambulance just in case? like that one actress that died cuz she hit her head &thought she was ok but died later..pray 4 me."

Tila's next entry: "Ambulance on the way to my house. I could have a brain concussion and die ina few hours."

Tila's agent provided the final tweet of the night, saying Tila suffered a concussion and wouldn't be able to tweet any further updates. Tila was released from the hospital and returned home last night.