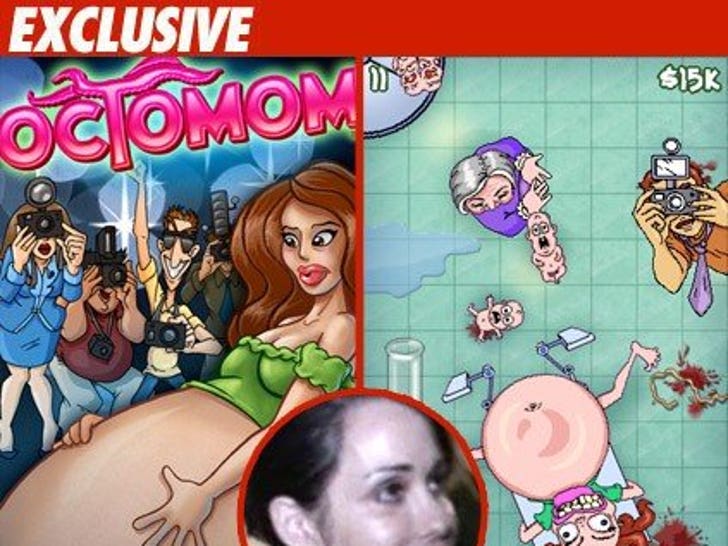 A prospective "Octomom" trademark holder is one step closer to sealing the deal -- and their name ain't Nadya Suleman. 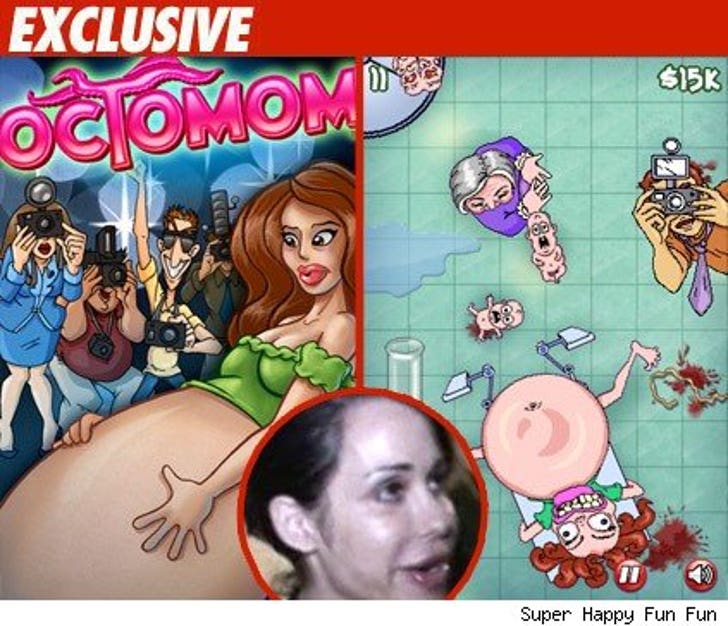 As we previously reported, a company called Super Happy Fun Fun was seeking to use the name in connection with video game content -- and now we know what they're planning on doing with it.

The company -- who filed for rights to the Octo-moniker a month before the cackling mother of 14 did -- is putting the finishing touches on an iPhone game (screenshots above), which they'll then submit to the U.S. Patent and Trademark Office for final trademark stamp of approval next week.

In the game, you're OctoMom in the delivery room -- and the goal is to shoot a baby out of her hooha and into the hands of her waiting mother. And yes, there's extra credit if you do it when a paparazzo is in the room.

If Super Happy gets approval, it doesn't mean Ms. Suleman can't cash in too -- as we previously reported, she's already applied to trademark her name in connection with reality TV, clothing and diapers.