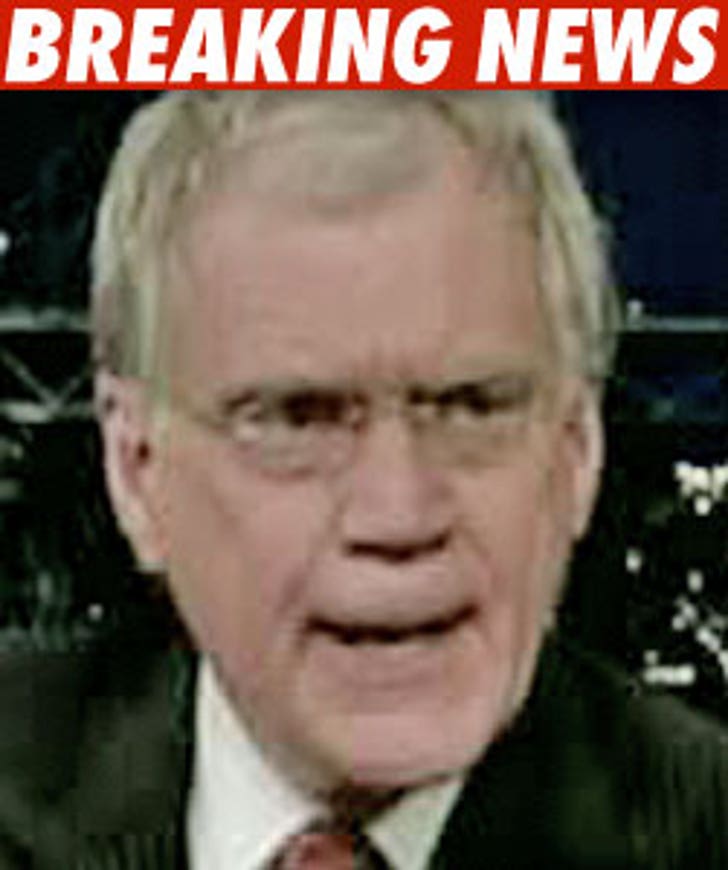 David Letterman went on his show tonight, gushing with gratitude and thanking members of the team that prosecuted extortionist Robert Halderman.

The " Late Show" host said he'd "never been involved in anything like this" and was "concerned and full of anxiety and nervous and worried."

He then gave props to those who put Halderman behind bars by saying the case was "handled professionally, skillfully and appropriately ... thank you for all your help."