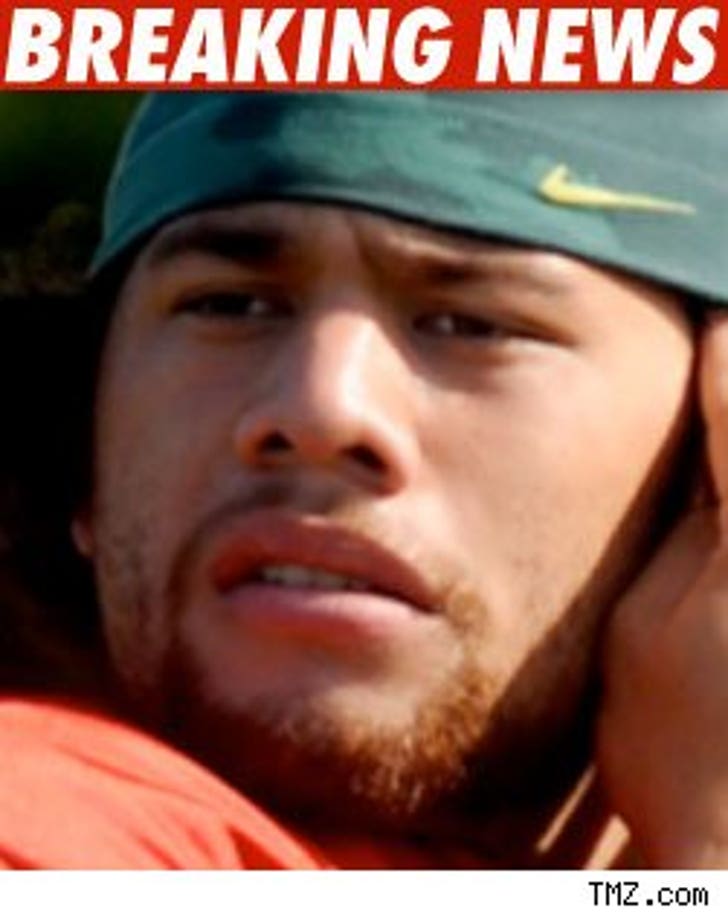 Oregon Ducks quarterback Jeremiah Masoli probably thought pleading to second degree burglary would keep him from being suspended this season -- he was very, very wrong.

Masoli was suspended for the entire 2010 season, his head coach announced today, for his part in a frat house burglary.

Masoli threw for 2,147 yards last season and rushed for another 814.

It's worth noting -- Ducks RB LeGarrette Blount was suspended for the season last year after an on-field altercation ... but he was reinstated after missing 10 games.