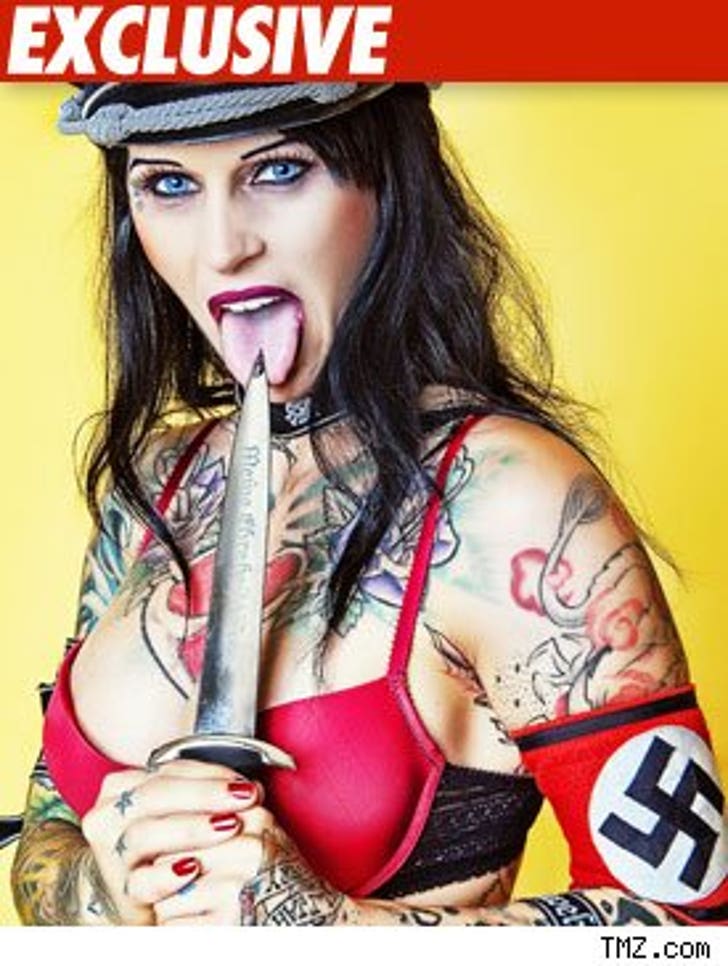 Sources close to Michelle McGee -- the woman who allegedly had an affair with Jesse James -- tell TMZ Michelle is adamant ... she's not a white supremacist.

According to our sources, McGee claims she just enjoys fetish modeling and the pics were an attempt to be "provocative." As we first reported, McGee posed for the pics over a year ago and the Nazi outfit was the photog's idea.

McGee's ex-husband begs to differ, claiming she was fond of making the Nazi salute. 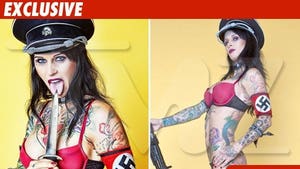 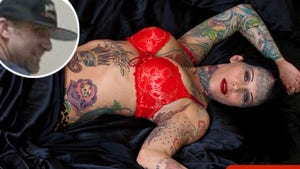