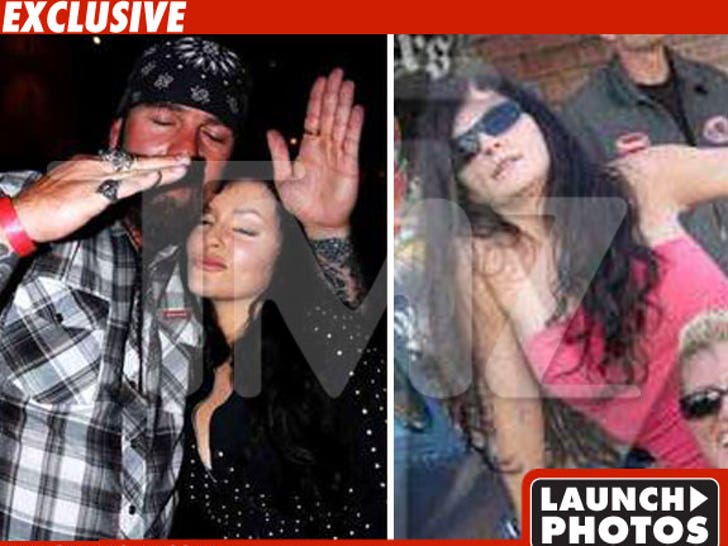 She claims to be Jesse James' third mistress -- but says her relationship with Jesse was much more of a flash in the pan than the other two. 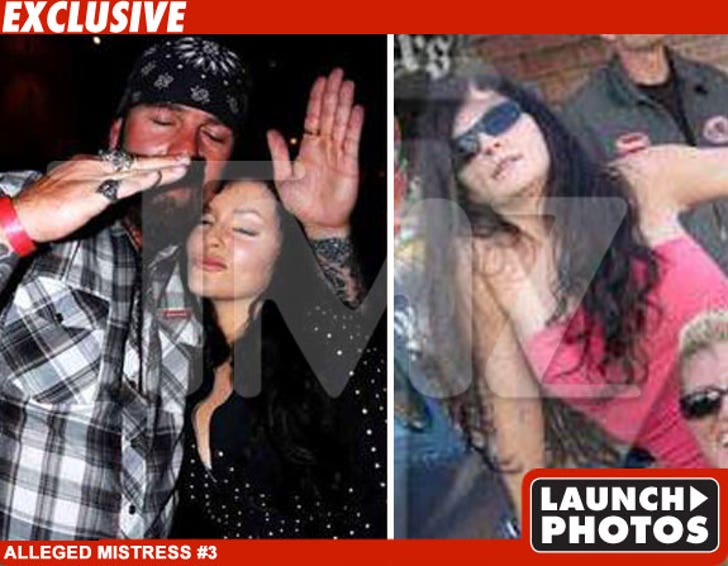 Brigitte Daguerre -- a Los Angeles photographer -- claims Jesse hired her in 2008 to do styling work for a West Coast Choppers photo shoot. She says the two emailed and texted each other for a year, but claims they only had sex four times before she cut it off.

Daguerre has 195 text messages between her and Jesse (the cell phone numbers sync up) ... many of them extremely graphic. Among the milder, Jesse says, "I'll be your monkey."

Throughout the exchanges, Jesse repeatedly asks Daguerre to send pictures and set up rendezvous. In one exchange, Daguerre complained that Jesse wasn't letting loose. He explains, "I'm texting you in secret."