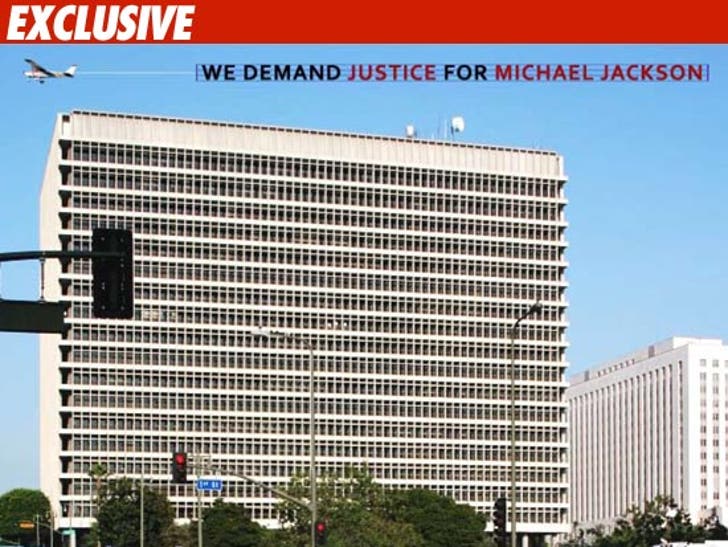 Michael Jackson's most loyal fans are taking to the skies in order to send a message to Doc Murray -- and the plan is set to take flight the next time Murray is set to appear in court. 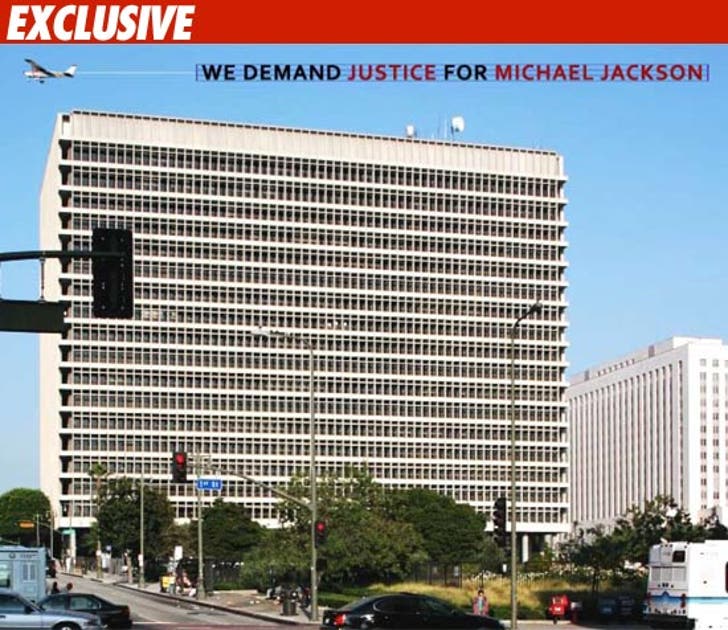 A group of fans have raised $1,250 to fly an airplane banner over the L.A. County Superior Courthouse between 1-2pm on April 5 ... when Dr. Murray is next scheduled to show his face.

The sign will read "We demand justice for Michael Jackson" -- and the group is so fired up about it, they've already sent out a press release with a Photoshopped image of what they think the scene will look like (see above).

The same group of fans has already raised enough cash to buy Paris Jackson a birthday surprise ... she turns 12 next week.