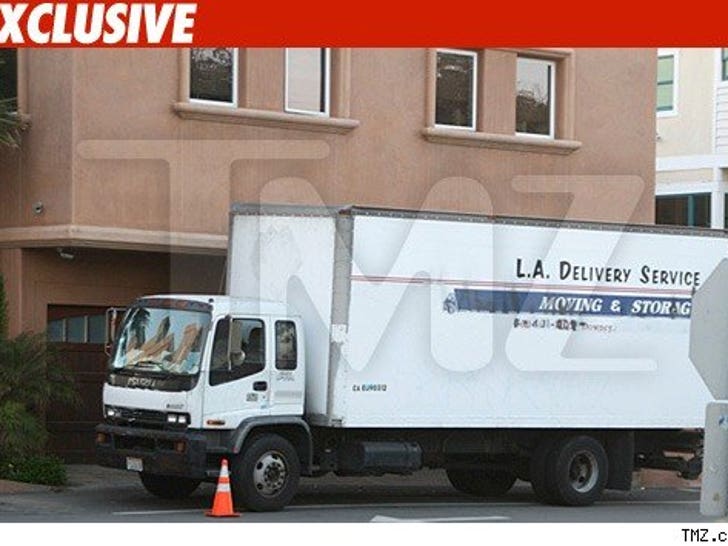 A moving van was spotted Friday afternoon in front of the home of Sandra Bullock and Jesse James. 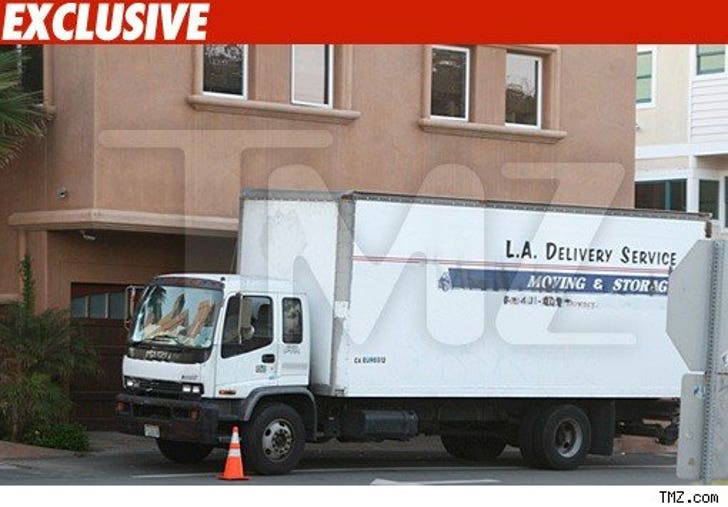 Here's what went down -- we're told the van pulled up at around 6:45 PM and stayed for about an hour. Two movers moved out a couch, a love seat and tons of boxes.

A man and a woman arrived to the place in a separate car along with the moving van. When they arrived, the movers took something out of the van and put it into the other car. The man and woman packed a few things into their car as well.

Jesse's mom's car was parked out at the house for most of the day, but wasn't there while the movers did their thing.