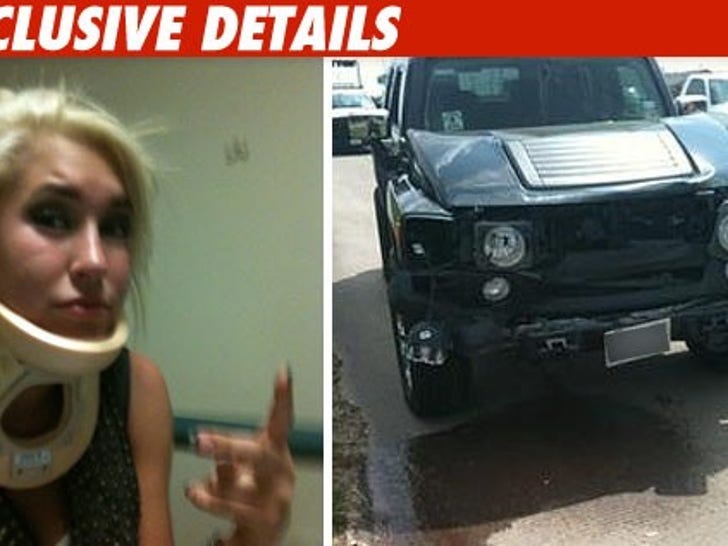 Taylor Terry -- the blonde stunner on MTV's "My Life as Liz" -- received injuries to her neck ... and her precious Hummer H3 after a gnarly collision on a Texas highway. 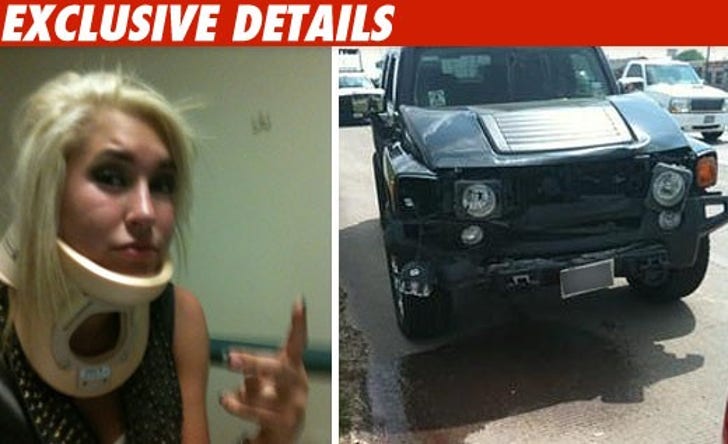 Taylor tells TMZ she was driving through Fort Worth on I-35 North Tuesday afternoon when the car in front of her rear-ended another car ... and she didn't have enough time to stop before she came crashing in too.

According to Taylor, the Hummer received around $14,000 in damages ... and she had to spend six hours in a nearby hospital for the concussion she suffered ... as well as a sprained neck and bruised shins.