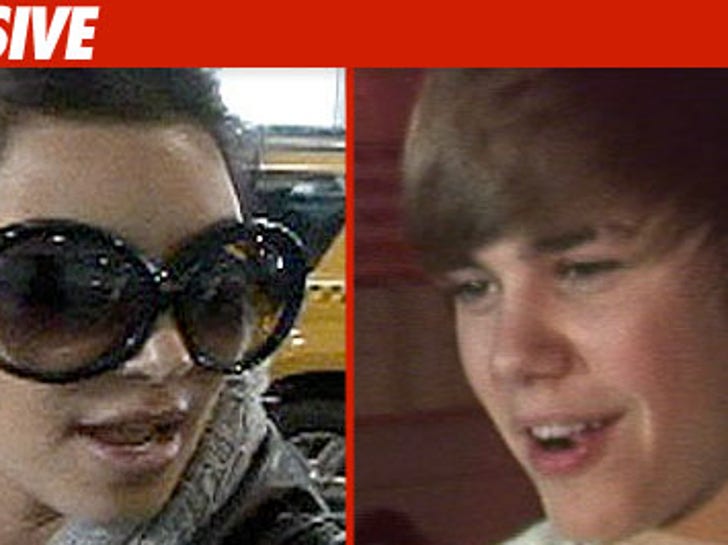 Security literally had to dive into action to protect Justin Bieber and Kim Kardashian during a fashion shoot in The Bahamas last week -- after a 12-year-old "rushed" the celebs on the beach.

Sources on the shoot tell TMZ security had to "dive" on the overzealous fan to keep the little girl away from the stars. We're told nobody was hurt and they eventually let the kid go.

It's unclear if the kid was trying to get to Kim or Justin -- but the duo was rollin' with heavy security that day because of previous threats to Kim from jealous Bieber-aholics.