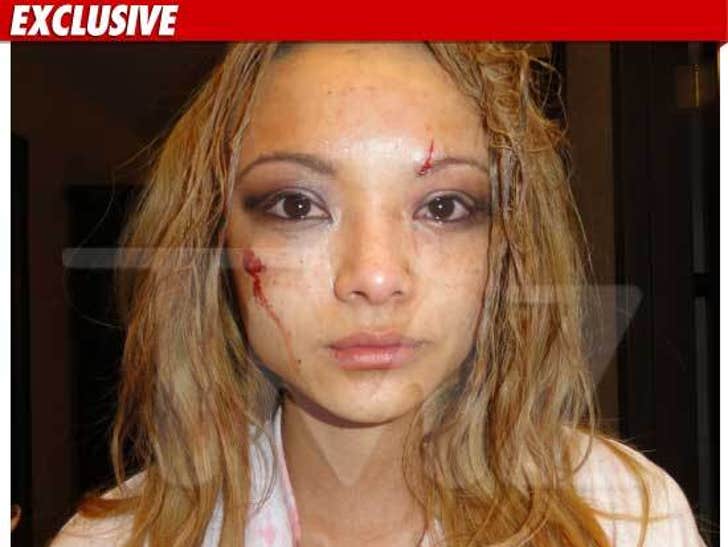 TMZ has obtained incredibly gruesome photos of Tila Tequila -- taken after she claims she was victim of crowd violence at a concert in Illinois. 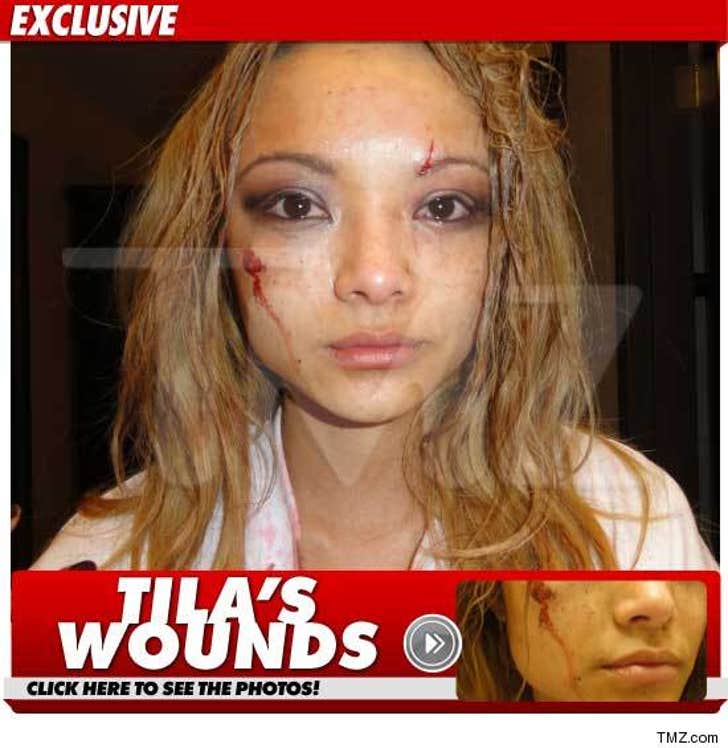 According to Tila, she took the stage at the Gathering of the Juggalos in Illinois -- a concert featuring such acts as Insane Clown Posse and Kottonmouth Kings.

Tila gave TMZ a very detailed account of what happened, saying: "I went onstage and immediately, before I even got on stage, DUDES were throwing HUGE STONE ROCKS in my face, beer bottles that slit my eye open, almost burnt my hair on fire cuz they threw fire crackers on stage, and they even took the sh*t out of the port-0-potty and threw sh*t and piss at me when I was onstage."

She went on to say: "These people were trying to kill me. So then after the last blow to my head with the firecracker they threw at me exploded, my bodygaurd and the other security grabbed me and ran as fast as they could to the shitty trailor. Since their security SUCKS, the 2 thousand people ran after us, trying to kill me. They almost got me so they finally reach the trailor, blood all over myself, cant stop bleeding, then all of a sudden, all 2 thousand people surround the trailor and busts the windows!!! Even the guys INSIDE with me were shaking! Their hands were shaking cuz they were so scared! So 3 guys inside the trailor had to grab a table and push it over the broken windows and grabbed all the chairs they could find so hold the people from outside back. It was scary as hell!"

Police confirm they responded to the scene, but couldn't go into detail, citing HIPAA laws.