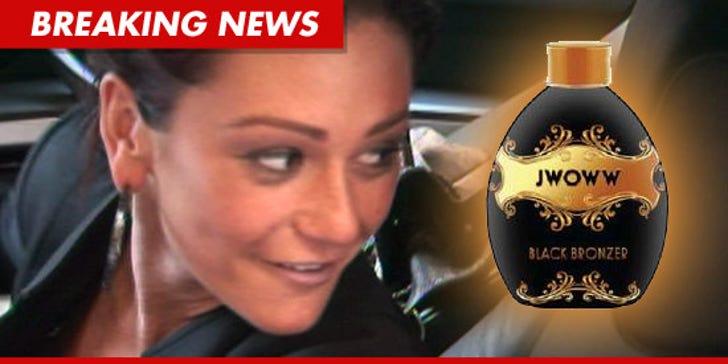 Three college buddies from Oklahoma are suing Jwoww from "Jersey Shore" ... claiming the MTV star STOLE their design for her tanning lotion bottle ... and now they want her to pay!!

The guys claim they approached Jwoww last year and asked her to become the celebrity spokesperson for a tanning product called Black Bronzer ... and they even created a custom bottle design.

The guys claim Jwoww dug the idea -- and the two sides were close to reaching a deal -- when she suddenly cut off communication with them and launched her own tanning line with Australian Gold using a similar bottle design.

Jwoww's line is a HUGE success -- and the guys are pissed ... claiming she owes them a ton of cash for ripping off their ideas.

Calls to Jwoww's lawyer have not been returned.