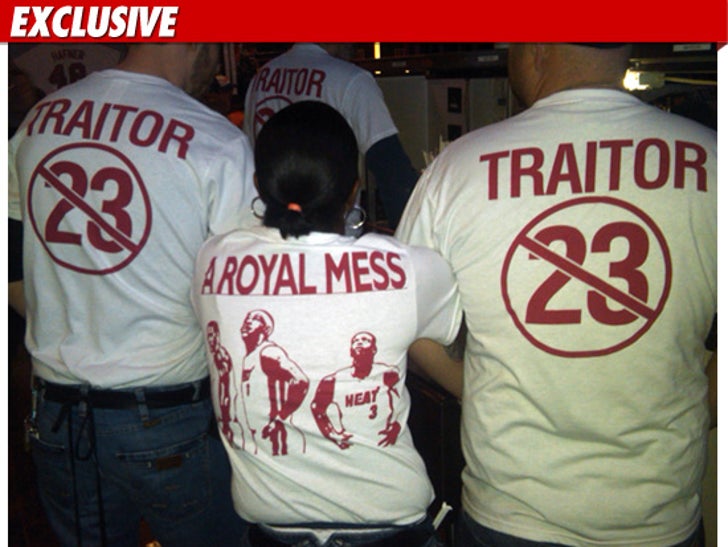 LeBron James is officially back in Cleveland to take on the team he scorned just a few months ago -- and people all over town couldn't be more PISSED about it. 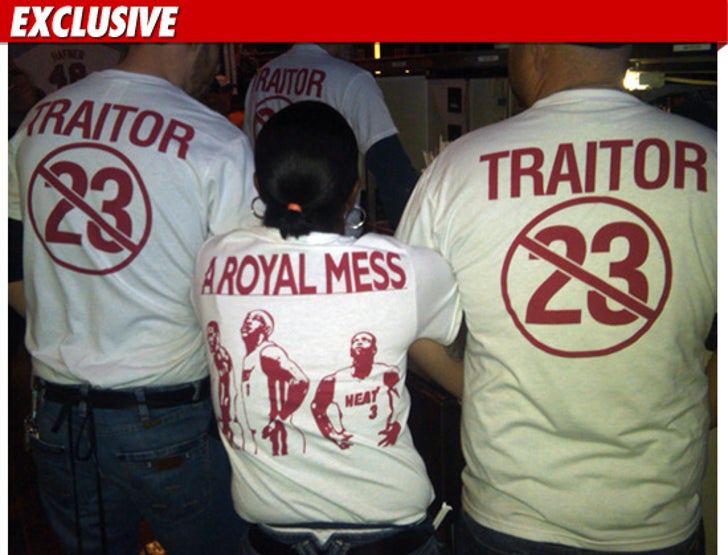 All over Cleveland, people are sporting anti-Lebron gear -- including the staff at several restaurants ... including The Winking Lizard (above) and Harry Buffalo (below) ... both situated near the arena.

In fact, the Harry Buffalo has issued a temporary ban on anyone wearing a LeBron jersey. 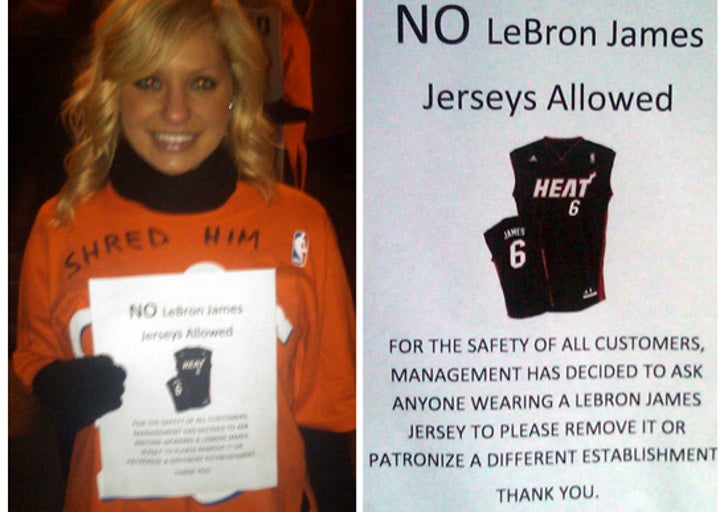 The game is set to tip off in just a few hours -- in case you haven't heard, fans are already planning anti-James chants ... and the Cavs have pumped up stadium security.

You're gonna wanna 'witness' this one.

LeBron Parties 'til 2AM ... then Crushes Pistons 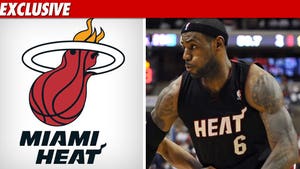