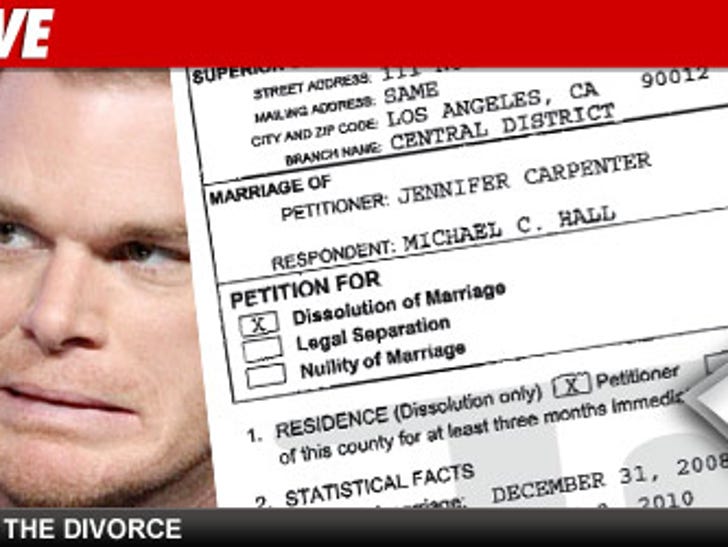 TMZ has learned ... Jennifer Carpenter just filed her petition for divorce this afternoon from her "Dexter" co-star Michael C. Hall ... but it turns out they've been separated for a long time.

According to the document, the date of separation is listed as August 9, 2010.

Carpenter is also asking for spousal support and for attorney's fees.

The couple, who married in 2008, have no children.

Julia Stiles -- who guest starred on "Dexter" this season and is rumored to have gotten "close" to Hall -- just issued a statement saying they're just "good friends" and she's not the cause of the breakup. 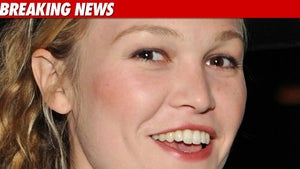 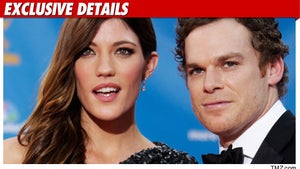