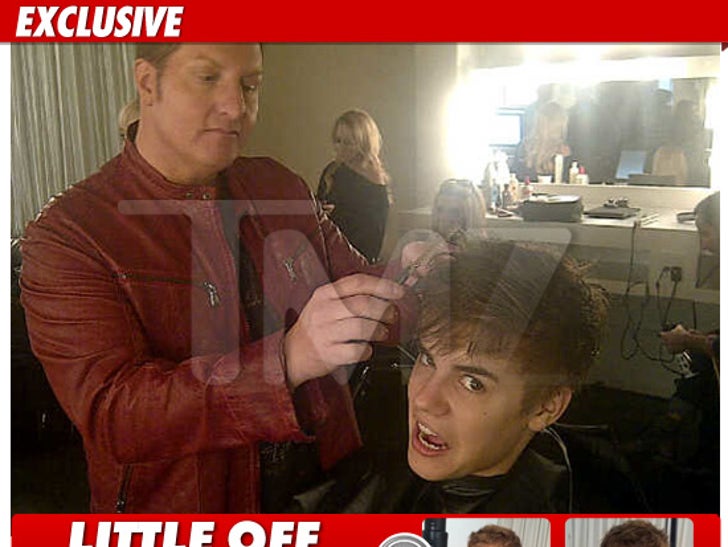 The very fabric of the universe was altered today ... Justin Bieber got a haircut ... and it was unveiled on TMZ Live! 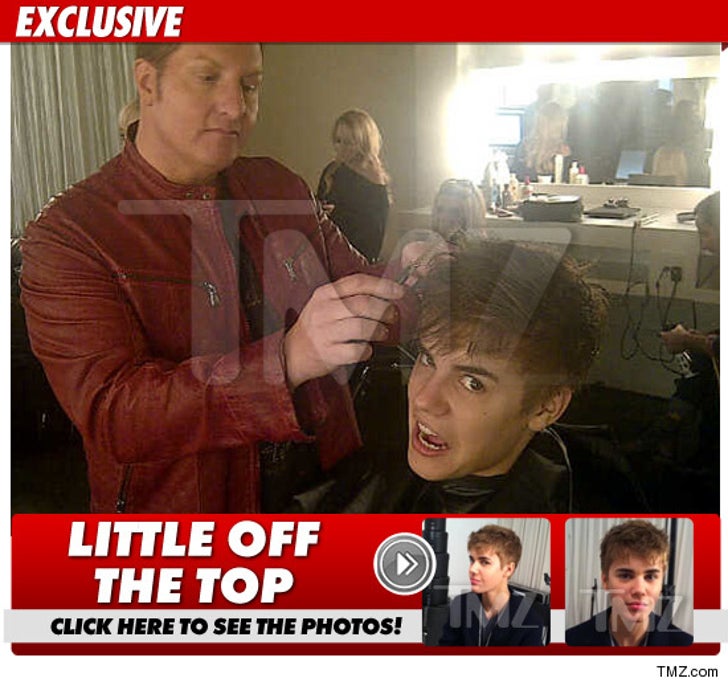 The Biebs underwent a little snip-snip today while on the set of a music video for a song he did with Rascal Flatts -- that's Gary from the group (above) having a little fun with the scissors. (Ed.'s note: Kids, don't play with scissors)

On TMZ Live today, Justin said the actual cutting was done by his regular hairdresser Vanessa. He said he was a little nervous about the cut, but he "wanted to change it up" and he thought the cut was "kind of a mature look."

They grow up so fast.

UPDATE: The hair that was cut from Justin's head has been collected and will be doled out to a few organizations for charity. TMZ is getting a lock and we're going to use it to raise money for some animal charities.