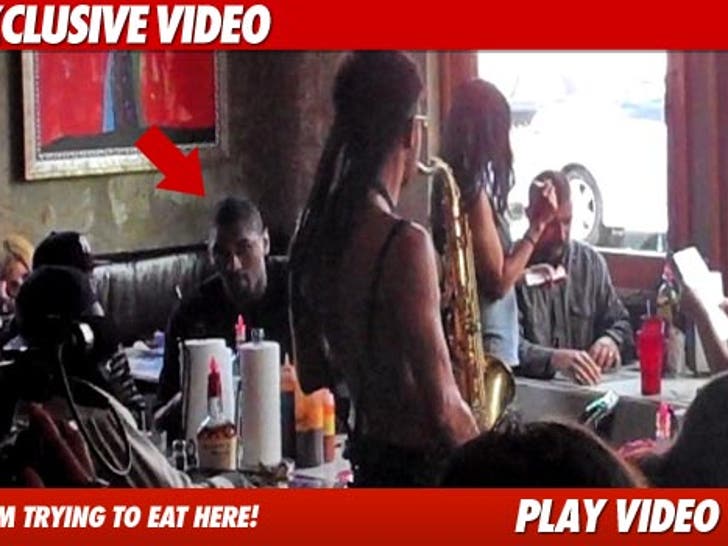 Los Angeles Laker Ron Artest was enjoying a nice meal at Baby Blues BBQ in West Hollywood on Saturday ... when he got an unexpected order of cheese -- an appearance by the Sexy Sax Man. 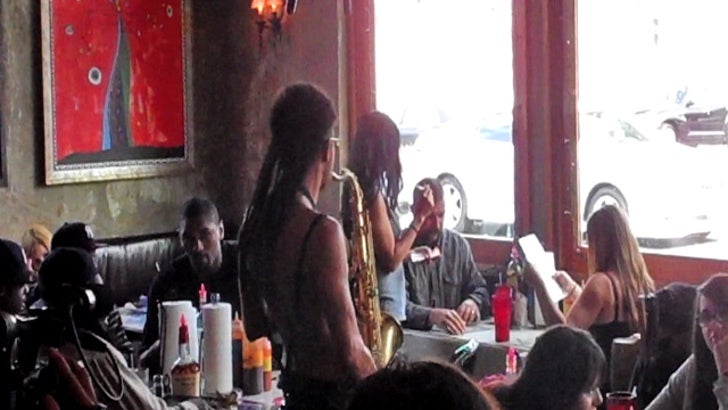 SSM, aka Sergio Flores, became an Internet phenomenon by performing George Michael's "Careless Whisper" in various public places -- and yesterday it was Ron Ron's turn to feel the pain.

Checkout Ron's reaction to the crazy scene ... it's fair to say he's not a fan.

Luckily, the whole thing was over pretty quickly ... kinda like the Lakers' run in the playoffs. 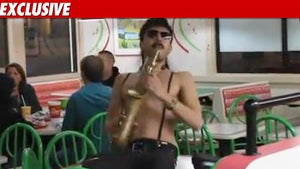 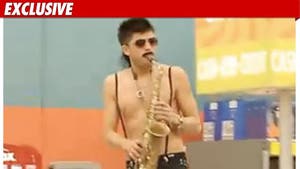