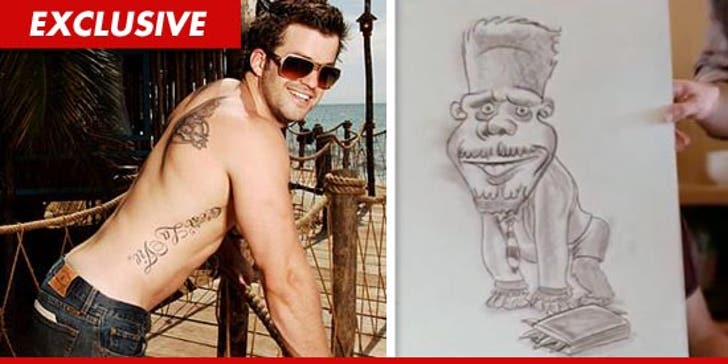 An MTV reality star is threatening to sue the people behind "Entourage" -- claiming the show stole his nickname, "Johnny Bananas" ... and used it to fuel a storyline without his permission.

In case you gave up on "Entourage" ... Johnny Drama recently agreed to be the voice of an animated TV show called "Johnny's Bananas" ... in which the characters are all apes, gorillas, and other primates (above right, below right).

Problem is, former "Real World" star Johnny Devenanzio (pictured above left) says he's been going by the name "Johnny Bananas" on various MTV shows since 2006 ... and claims he owns the rights to the name.

Now, Johnny Bananas -- the human -- got himself a lawyer ... who fired off a cease and desist letter to HBO, the network behind "Entourage."

In the letter, Johnny's attorney Stephanie Ovadia writes, "If you do not cease and desist ... you leave us little option but to seek judicial intervention."

Johnny tells TMZ he believes the name controversy is "in no way coincidental and is instead an attempt to capitalize on the name recognition which I'm solely responsible for creating."

He adds, "I intend to fight vigorously in defense of the years of hard work and dedication I've spent making Johnny Bananas a household name, and the purpose of this lawsuit is aimed at protecting the integrity of my brand."

UPDATE: A spokesperson for HBO tells TMZ the folks at "Entourage" have not received "any correspondence regarding this matter." 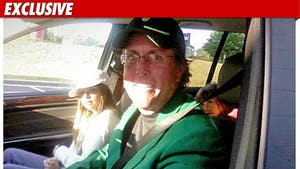