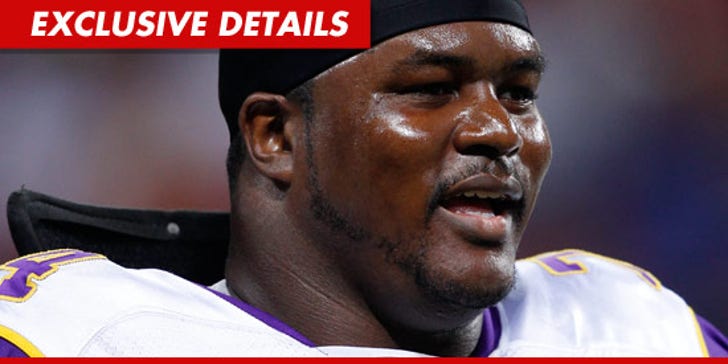 The Minnesota Vikings officially released him moments ago -- but 335-pound left tackle Bryant McKinnie tells TMZ, it was his decision ... after the team sidelined him over health concerns.

McKinnie tells us, his agent put in word with the Vikings moments ago -- before they officially cut him loose -- asking honchos to release McKinnie... so he can sign with another team before the season starts.

McKinnie was placed on the reserve/non-injury list yesterday, after doctors said his cholesterol was too high and he had to lose weight -- but McKinnie tells us, "I'll definitely be ready for [this upcoming season]. That's not even a question."

The Vikings just released their own statement, claiming "This decision, while not an easy one, is in the best interests of our football team as we move forward preparing for the season. We appreciate Bryant’s contributions to the Vikings, and we wish him the best in the future." 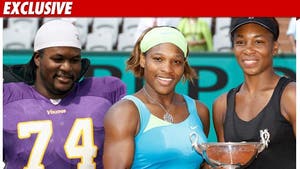 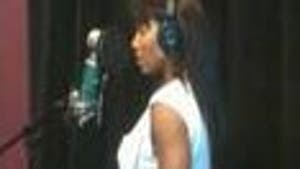 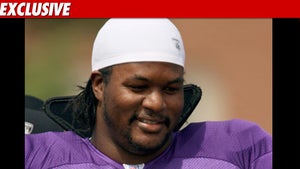