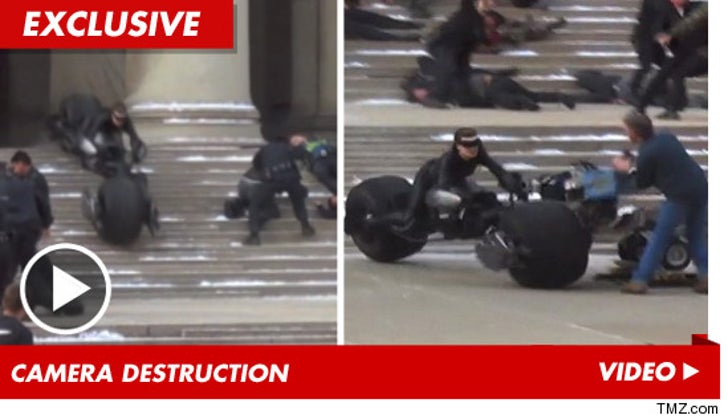 The budget for "Batman: The Dark Knight Rises" might have just jumped up another six figures -- because last Friday, Catwoman's stunt double BARRELED through a super-expensive IMAX camera ... and TMZ has the crushing footage.

It's unclear who messed up -- the stunt-double or the cameraman -- but either way, the camera appeared to be blown to smithereens.

It was all shot outside some building at Carnegie Mellon University in Pittsburgh -- which, we're told, is supposed to be Gotham City Hall in the movie.

Sources close to production tell us both the camera and the cameraman were not injured during the incident -- but if you look closely, you can SEE camera shrapnel ... and fixing those things ain't cheap! 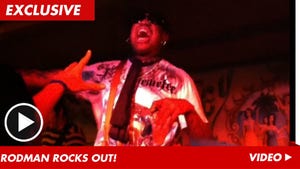