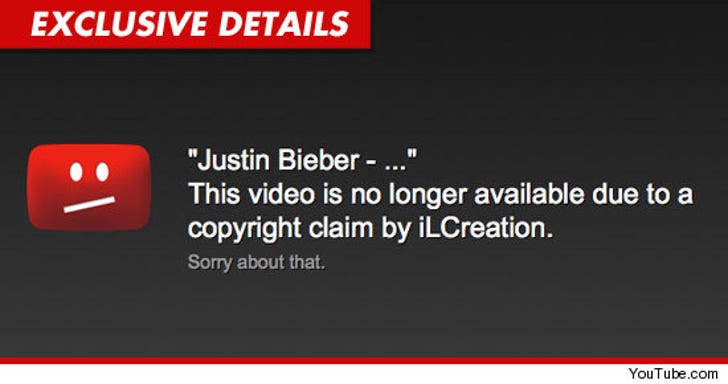 Justin Bieber has been victimized by a brand new cyber-enemy ... an enemy who found a way to get every single one of JB's official music videos REMOVED from YouTube.

It sounds so simple -- a YouTube user who goes by the name iLCreation submitted a copyright claim on each of Bieber's videos ... including the "Baby" video which has over 600 MILLION views.

YouTube has a yank first, ask questions later policy when a copyright claim is made -- so they simply pulled the videos off the site ... until the dispute is resolved.

iLCreation also went after a few Lady Gaga videos -- but only a few of her videos are missing in action.

Bieber's VEVO channel (a dedicated site for music videos) has been completely wiped out for the time being ... but a rep for VEVO tells us, "Someone is making false copyright claims against the Justin Bieber and Lady Gaga channels and YouTube has blocked access to the videos as a result. We are working with YouTube to resolve ASAP."

A call to Bieber's camp was not immediately returned.

The videos have been restored. All is now right with the world. 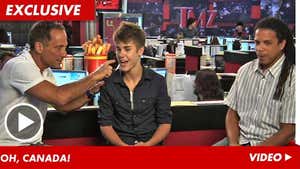 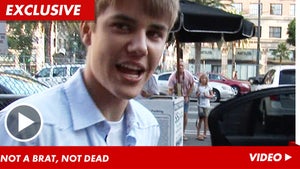 Bieber -- I've Never Heard Anyone Complain That I'm a BRAT