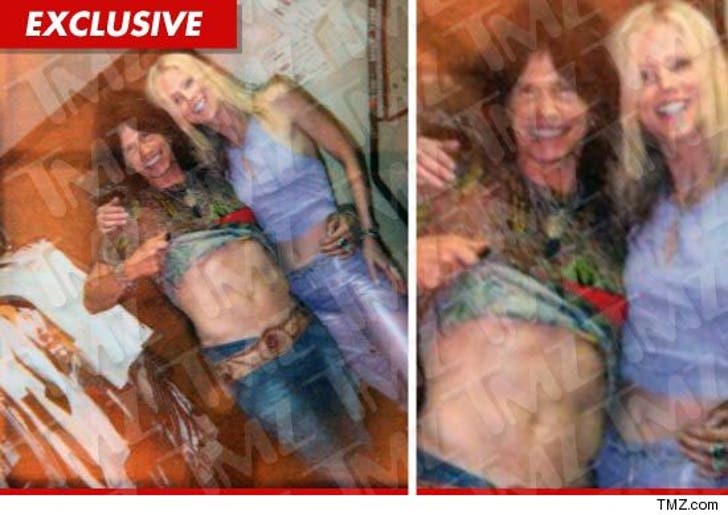 Michaele Salahi posed for a suggestive photo, hip-to-hip, with the likes of Steven Tyler -- more than five years before she decided to run off with Journey guitarist Neal Schon.

TMZ obtained the photo taken backstage during an Aerosmith concert in Bristow, Virginia -- and the story behind it is pretty wild.

Tareq Salahi is telling friends he and Michaele (aka "groupie slut") went to the show together without backstage passes -- oh, the horror --but then Michaele mysteriously disappeared for more than an hour.

We're told ... when Yoko Michaele returned she produced the photo with Steven AND an all-access backstage pass for ALL Aerosmith concerts!

We're told Michaele's explanation for the pic, at the time, was ... she and Steven were just seeing who had a flatter stomach. Steven's rep had no comment.