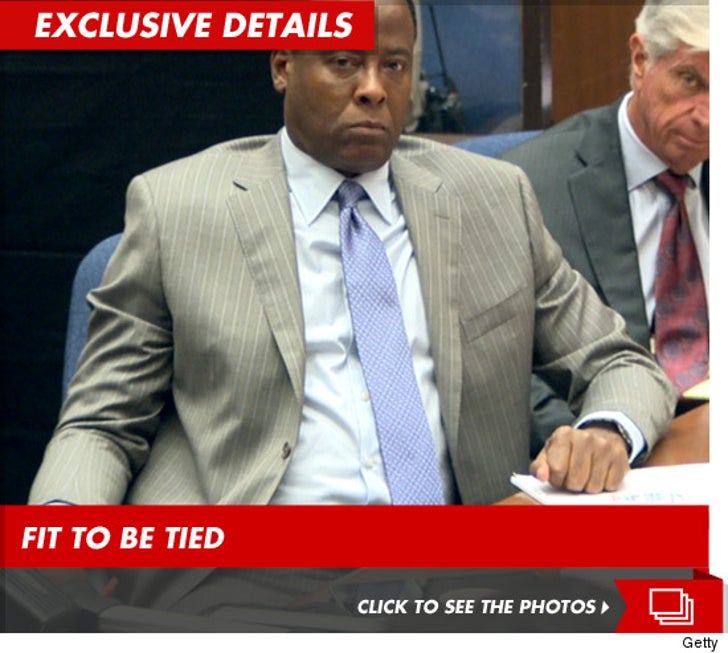 Dr. Conrad Murray is handling one ultra-important aspect of his defense all by himself -- picking out the snazzy ties he's wearing to his manslaughter trial each day.

Sources connected to doc Murray tell us he is taking a serious, yet frugal, approach to his ties -- sky blue and gold, so far -- choosing to stick with the ones in his closet ... instead of going on a necktie shopping spree.

We're told Murray has plenty to choose from -- the trial could go several months -- and he has two key criteria: no black (major downer) and no small patterns (not good for tv cameras). 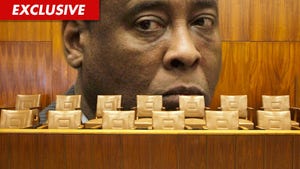