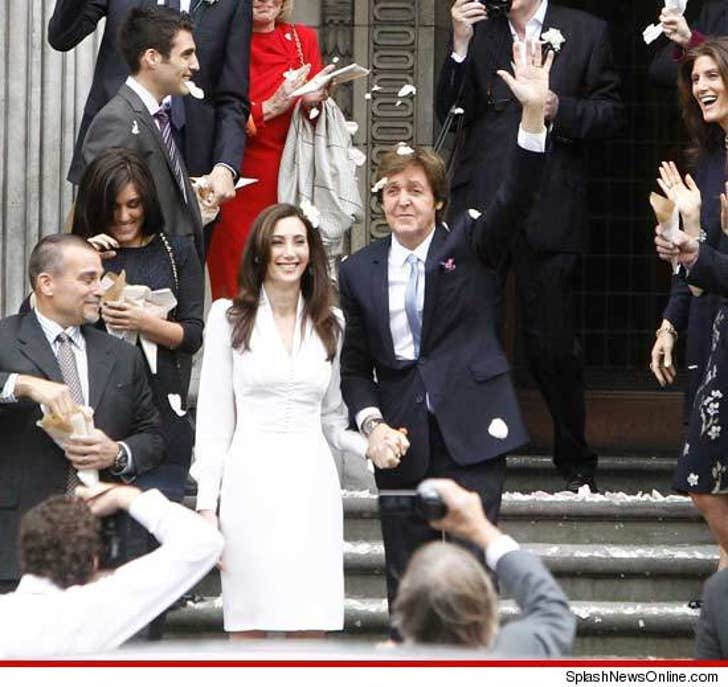 Five months after getting engaged, Paul McCartney walked down the aisle today with his trucking-heir girlfriend from Jersey -- the famed Beatles singer's third marriage.

Paul and 51-year-old Nancy Shevell -- daughter of a New Jersey trucking magnate -- met in the Hamptons in 2007.

McCartney's second marriage to model Heather Mills ended in divorce in 2008 -- after only 4 years.