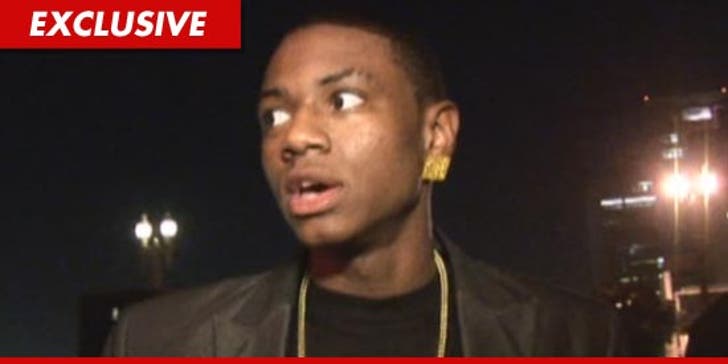 Soulja Boy had 10 big interviews lined up today to promote his new documentary ... instead, he's locked up in jail ... and it just might be the best thing that could have ever happened for the flick.

In case you weren't aware -- the documentary "Soulja Boy: The Movie" is being released on DVD today, and the rapper was supposed to spend the day pushing the movie during plastic-smile interviews with various media outlets.

Problem is ... Soulja's still locked up in a Georgia jail on marijuana possession charges ... and we're told, his PR team is going haywire trying to figure out a new marketing strategy on the fly.

But their work may already be done ... because truth is, Soulja's movie wouldn't have gotten a fraction of the attention it did today if he wasn't sitting in a jail cell ... with his mug shot plastered all over the Internet.

The director behind the project -- Peter Spirer -- tells us, "I'm not sure how this will affect the movie ... Hopefully he gets out from this situation to get his movie out everywhere like he wanted."