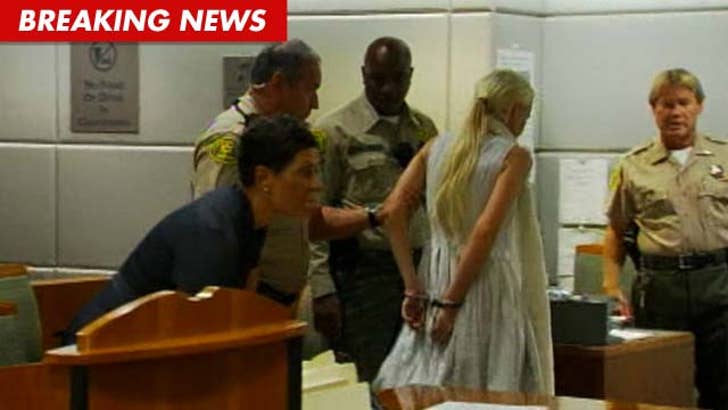 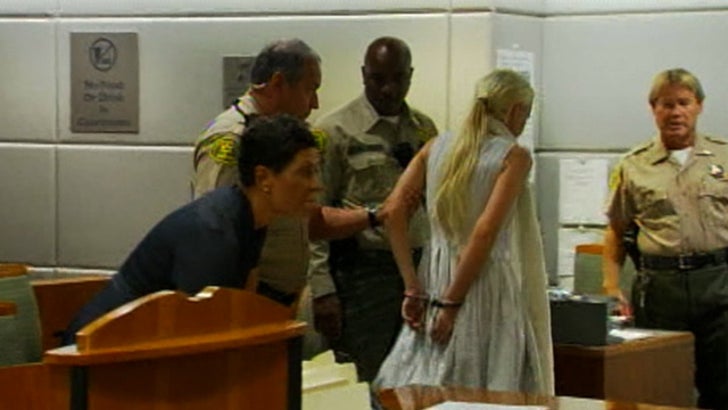 In a blistering hearing, Judge Stephanie Sautner revoked Lindsay Lohan's probation, had her cuffed and set a hearing for November 2, when Lindsay could end up getting as much as a year-and-a-half in jail.

Judge Sautner said Lindsay Lohan was completely responsible for being thrown out of the Downtown Women's Center, where the judge told her she must complete probation.

The judge concluded Lindsay violated her probation, scoffing time after time, incredulously reading from the Probation Report -- the section where Lindsay told the Probation officer she didn't find the Women's Center "fulfilling." 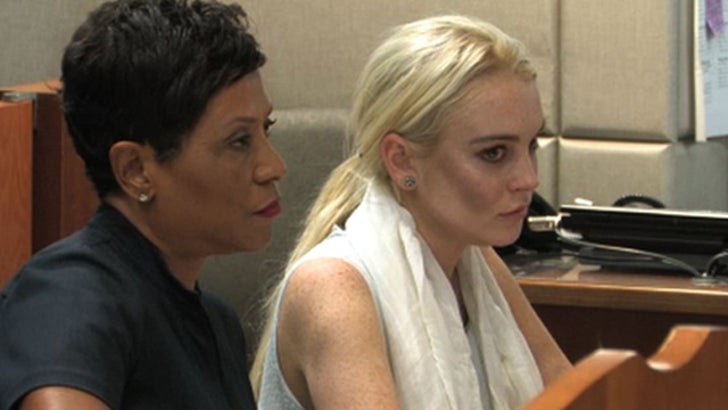 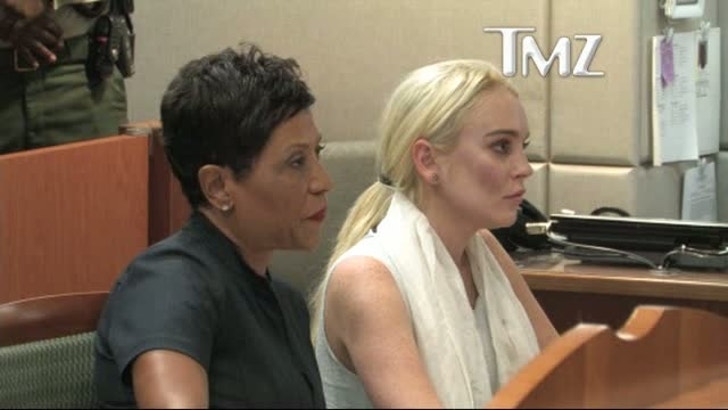 TMZ broke the story ... Lindsay got kicked out of the Women's Center after being a no-show 9 times.

The Judge also doubted Lindsay attended sessions with her shrink once a week, as the Judge required.

The judge dismissed Shawn Holley's argument that Lindsay had to go abroad to work -- where she was seen partying on several occasions -- and that's why she missed a number of community service appointments, saying, "She's supposed to be an actress, from what I hear."

Judge Sautner recalled all the screw ups Lindsay has had in her court cases, reminding Holley that "Probation is a Gift."

As we reported, Lindsay's bail bondsman appeared in court and will be bailing her out shortly.

The judge could barely contain her contempt for the Probation Dept., which gave Lindsay a glowing report. Judge Sautner said the Probation Dept. had no authority to send Lindsay to the Red Cross to do her community service and said Lindsay would not get credit for the time she served there.

Before Lindsay was taken away in cuffs, the judge said Lindsay must complete 16 hours at the morgue each week before the November 2 hearing.

Although Lindsay could get sentenced to nearly a year and a half in jail, a frustrated Judge Sautner noted new laws and overcrowding would make such a sentence unlikely.