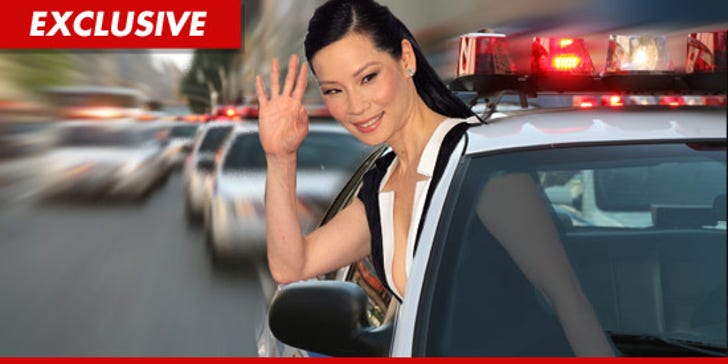 Lucy Liu got some real life experience in the roughest parts of L.A. -- strapping on body armor for an LAPD ride-along ... all to prepare for a new role as a police officer.

Law enforcement sources tell TMZ ... Liu donned a bullet-proof vest and sat shotgun with an LAPD officer Friday evening ... as they toured some of the most gang-infested parts of Watts in a squad car.

Liu -- who just took a role as an LAPD officer on the TNT cop drama, "Southland" -- was not involved in any police activity during her tour of the area, but we're told the actress is scheduled to participate in a more active ride-along in the near future.

As we previously reported, Liu's new co-star Michael Cudlitz also put in some time with the LAPD recently -- and actually responded to a call about a "man with a gun" during his ride-along.