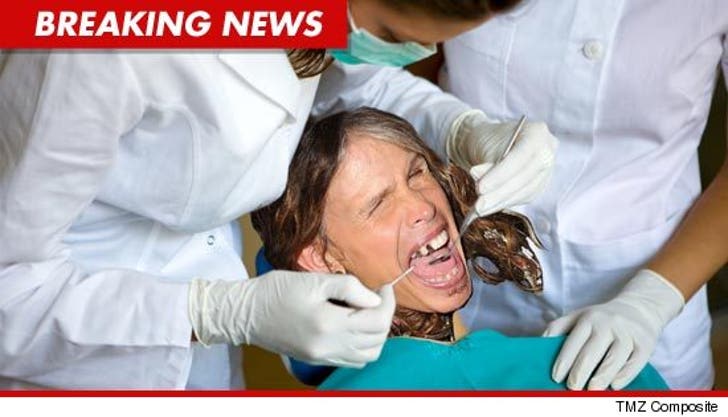 Steven Tyler's face has some new hardware -- thanks to a Paraguayan dentist, who implanted two teeth in the singer's mouth ... to replace the ones he lost in that nasty hotel shower accident yesterday.

The dentist -- a woman named Maria Bastos -- called into a local radio station today, claiming the singer is "doing splendidly" after the procedure.

As we first reported ... Tyler -- who says he was dehydrated from food poisoning -- collapsed and smacked his face in a hotel shower yesterday, knocking out two teeth.

Aerosmith postponed their concert last night due to the accident -- but we just checked ... and tonight's show is still scheduled to rock on. 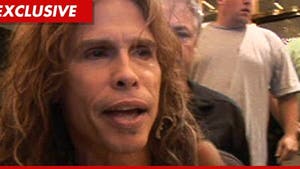 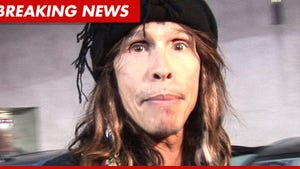 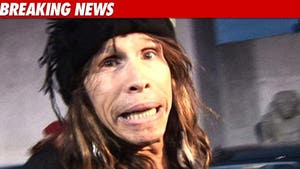 Steven Tyler to Aerosmith -- You CAN'T Fire Me!!