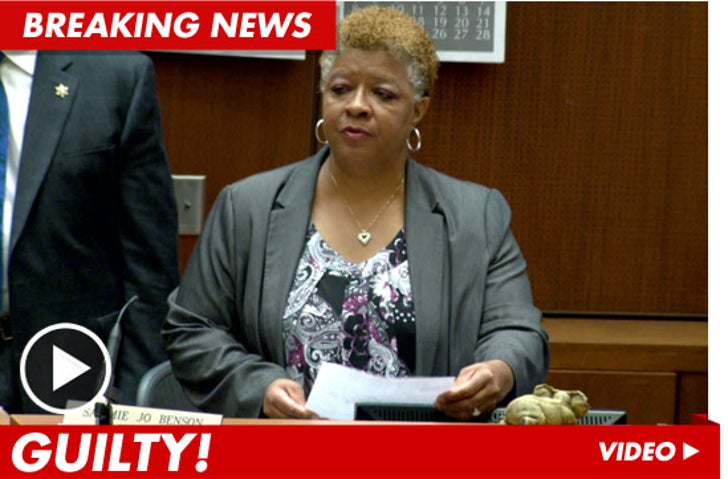 Dr. Conrad Murray has been found GUILTY of involuntary manslaughter in the death of Michael Jackson.

After the verdict was read, you can hear La Toya Jackson and Kathy Hilton cry.

Jurors came back with the verdict moments ago after a grueling 6-week trial, finding prosecutors proved beyond a reasonable doubt ... Dr. Murray is responsible for MJ's death.

Murray faces up to 4 years behind bars, but the reality is ... he will not go to state prison because of a new law, and will likely serve his time in L.A. County Jail.

Murray is scheduled for sentencing on November 29th.