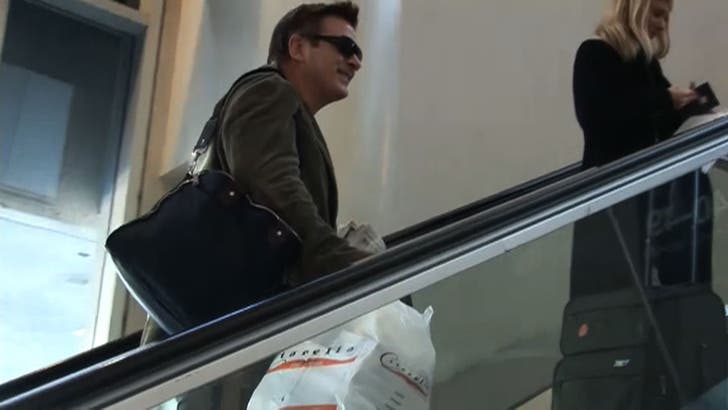 Alec Baldwin claims an American Airlines flight attendant WENT BALLISTIC on him on a plane at LAX moments ago ... all because he was playing "Words with Friends" while the aircraft was still at the gate.

Baldwin just tweeted about the situation ... saying, "Flight attendant on American reamed me out 4 playing WORDS W FRIENDS while we sat at the gate, not moving. #nowonderamericaairisbankrupt."

It's unclear if Baldwin was removed from the plane or left voluntarily -- but he DID get off the plane and was moved to another flight.

FYI -- "Words with Friends" is basically Scrabble for your smart phone ... and it's SUPER addicting.