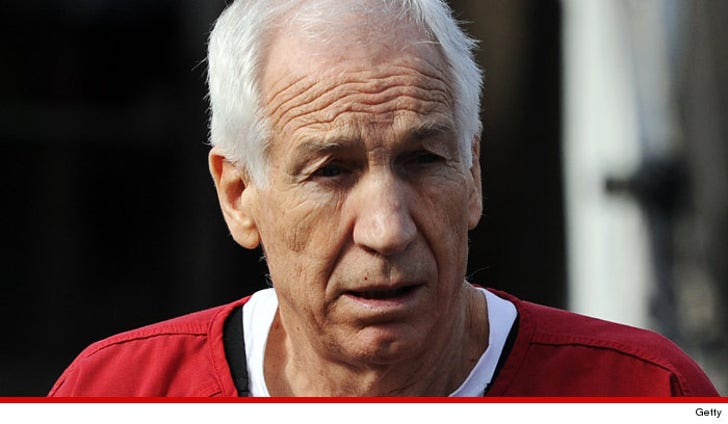 Jerry Sandusky's wife helped the former Penn State coach post his $250,000 bail this morning -- one day after Jerry was arrested for allegedly raping two additional young boys ... this according to court records.

The records show Sandusky's wife forked over a $50k personal check ... in addition to Jerry using $200,000 in real estate holdings to post the bail.

The court ruled that Sandusky will be confined to his home ... and he is not allowed to have any contact with any witnesses or victims related to the child sex abuse case.