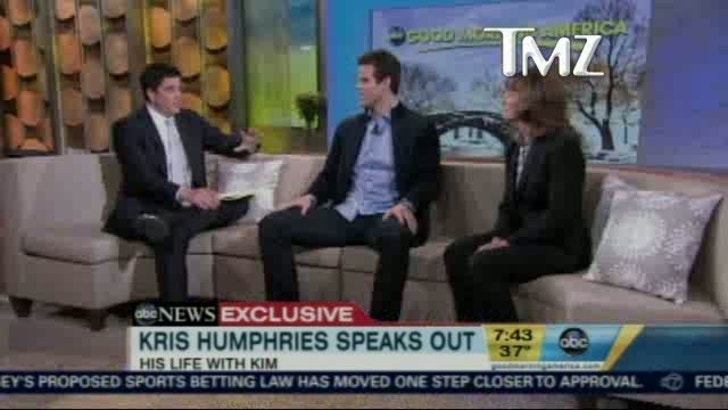 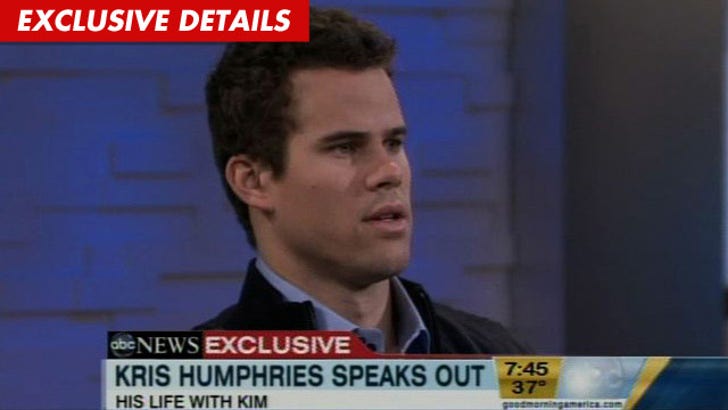 Kris Humphries is telling people he felt ambushed by "Good Morning America" this morning -- claiming he was put under the impression the interview was NOT going to focus on his split from Kim Kardashian ... but "GMA" is calling BS.

Sources close to Kris tell TMZ ... the NBA player claims he knew he would be asked about the divorce during the sit-down ... but he didn't expect to be grilled like a cheeseburger.

During the interview, Kris appears VERY uncomfortable as he's hit with question after question about Kim ... and things got downright awkward when interviewer Josh Elliot asked Kris' mother about the relationship.

We're told Kris is saying ... he only agreed to do the interview to promote his charity work and to support his mother's cooking segment on the show ... and he's livid about the way it turned out.

But a rep for ABC tells us no pre-show deal was made to limit the interview ... saying, "There were no ground rules." 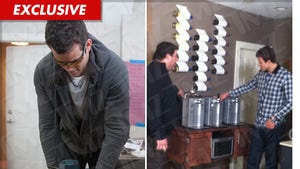 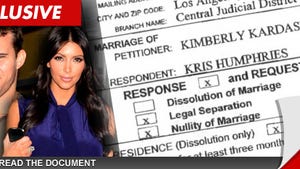 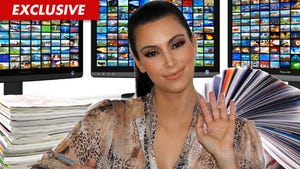