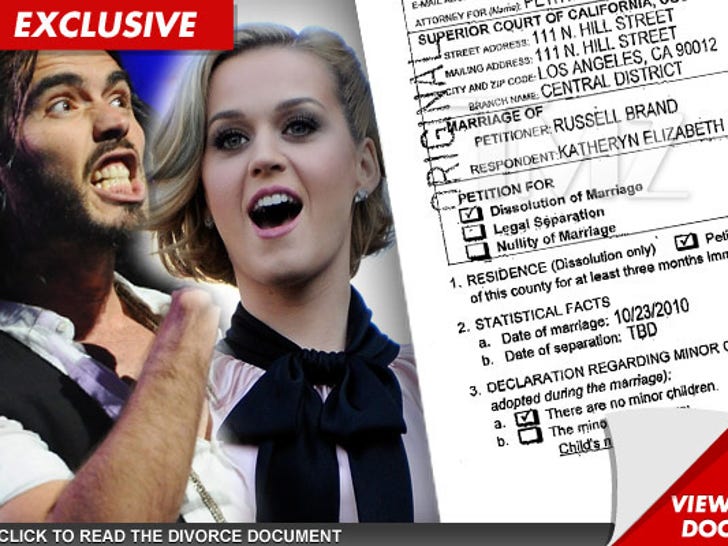 Russell Brand has filed for divorce from Katy Perry ... TMZ has learned.

In the docs, filed in L.A., Brand cites "irreconcilable differences." The two were married Oct. 23, 2010 in India. They have no kids.

The divorce docs say there are "community property assets" -- it's a sign there might not be a prenup, or if there is one it doesn't cover all of the earnings and other assets they accumulated.

The docs do not give a date the couple separated.

Russell has released a statement, claiming, "Sadly, Katy and I are ending our marriage. I'll always adore her and I know we'll remain friends."

Sources had told TMZ the couple was having problems, evidenced by the fact that they spent Christmas apart and neither was wearing a wedding ring.

Although it's not 100%, based on what we now know it appears Brand may have blindsided Perry by filing the divorce petition. 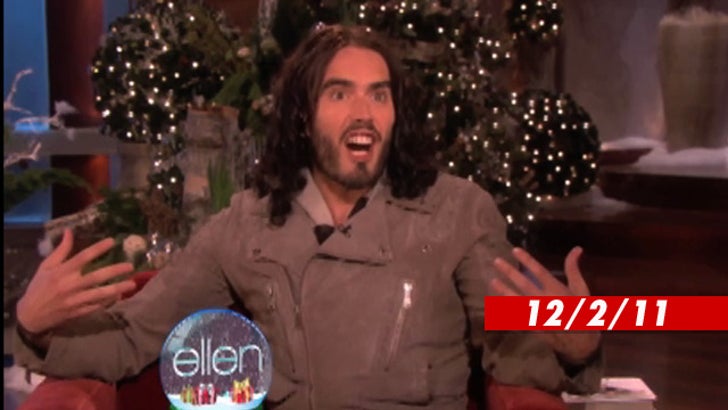