"Jackass" star Steve-O has just been sued over a karaoke performance gone horribly wrong -- in which a woman allegedly slipped and fell, breaking practically every bone in her lower body.

The woman behind the lawsuit is named Susanne Ohman -- who claims she recently participated in a singing competition for the upcoming show "Killer Karaoke" ... which Steve-O hosts.

According to the lawsuit, filed in L.A. County Superior Court, the show sprays water at the contestants while they sing as a form of distraction. Susanne claims she got soaked ... and as she was stepping off a platform, she slipped.

As a result, Susanne claims she "fractured and damaged her tibia, patella, ligaments, knee, leg, bones, and injured her muscles, bone, circulatory system, and body."

Susanne claims she has since been required to undergo surgery -- and expects to undergo even more surgery in the future. She's suing Steve-O and the show's producers for unspecified damages.

But Susanne isn't the only alleged victim -- her husband is also suing Steve-O for "loss of consortium" ... which means he's pissed he can't have sex with his wife. 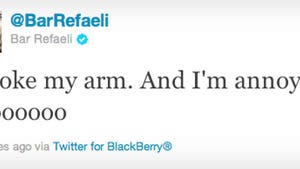 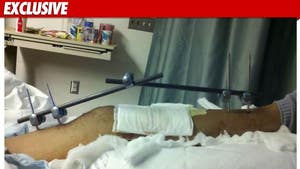