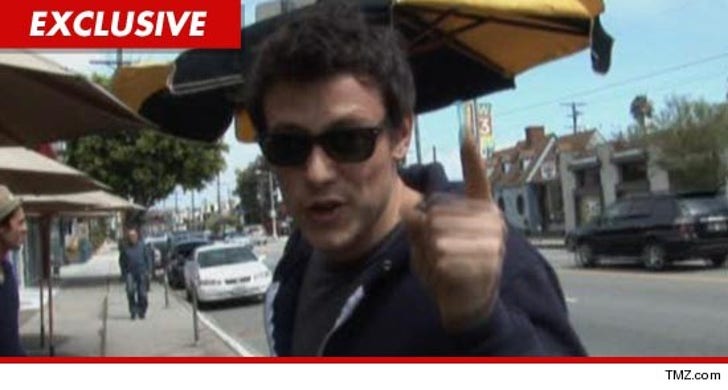 "Glee" star Cory Monteith threw a loud birthday party for one of his friends last night -- so loud, in fact, that neighbors called the cops to have it shut down ... TMZ has learned.

Law enforcement sources tell TMZ cops were called to Monteith's Hollywood Hills home at 4:30 AM because neighbors were complaining about the noise level.

We're told cops spoke to Monteith and his roommate, who were both extremely nice to the officers.

In the end, we're told Corey agreed to shut off the music and end the party -- which was also attended by other cast members from "Glee" -- but not before cops gave Corey's roommate a ticket for the loud music.

No word on if any of the music in question were mash-ups of popular 90s songs.