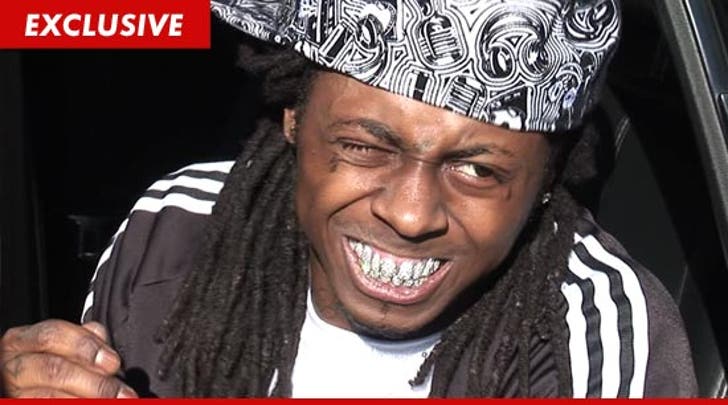 Lil Wayne pulled off the ultimate romantic gesture last night at a swanky Miami restaurant -- slipping his girlfriend a FAT ring hidden inside a dessert ... and then shouting to the restaurant, "SHE SAID YES!"

Sources at Barton G restaurant tell TMZ, Weezy secretly handed wait staff a ring with a giant yellow rock on it during his meal -- and asked them to slip it inside the restaurant's signature sundae.

Moments later, after the dessert was delivered to his table, we're told Lil Wayne jumped up and shouted to the entire restaurant -- "SHE SAID YES!!!"

Sources tell us, everyone inside the restaurant believed the rapper had just popped the question. Weezy even tweeted later in the night ... saying again, "She said yes!" ... prompting millions more to think he had just gotten engaged.

But Wayne later clarified, "I meant 'she said yes' to being my valentine!!! Hahahahahahaha! Y'all krazy!" Yes, we're the crazy ones.

FYI, the dessert -- called the Sabrina Sundae -- costs $43 and comes with TWELVE scoops of homemade ice cream, complete with sparklers and crazy toppings. 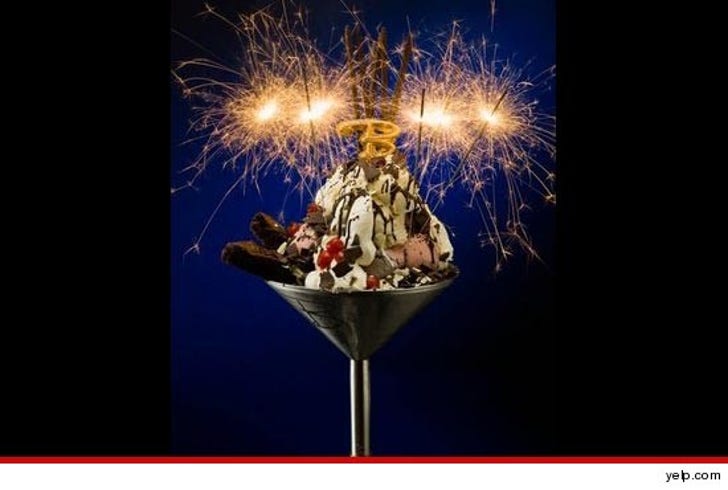 As for the meal itself -- we're told the couple split the fried chicken and skirt steak.