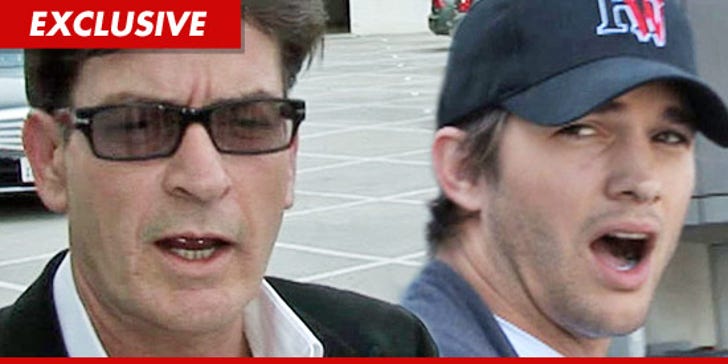 Charlie Sheen tells TMZ he feels REALLLLY bad for saying Ashton Kutcher "sucks" as the new lead on "Two and a Half Men" ... and now he's issuing an official apology to the actor.

But Sheen has since had a change of heart and drafted a letter to Kutcher ...which reads:

I was disrespectful to a man doing his best.

I got excited and I threw you into the crossfire, but the rest of my statement I stand behind. You however, deserve better.

Safety in your travels good sir.