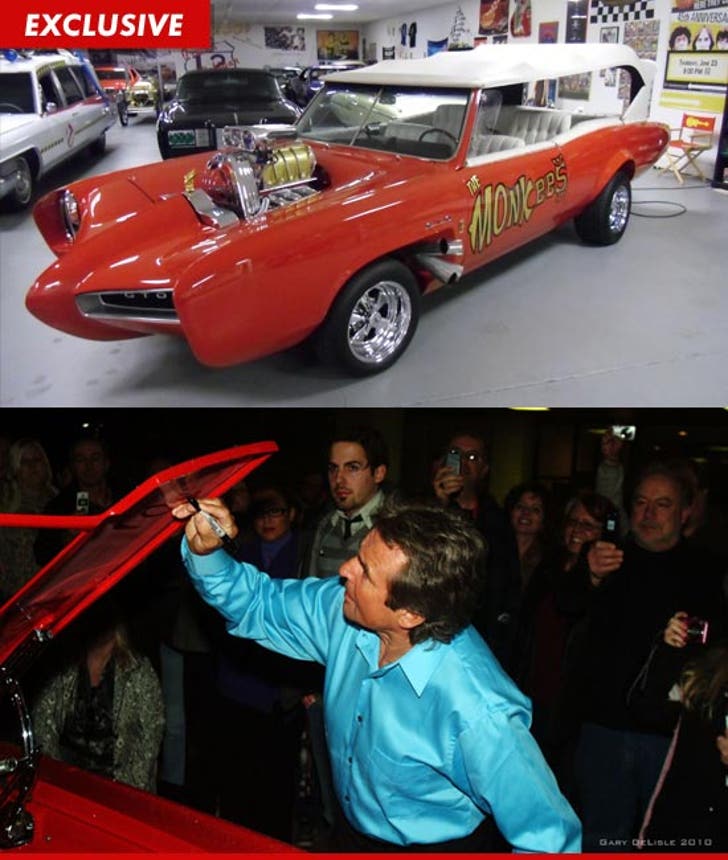 The sudden death of Davy Jones today has re-opened the greatest mystery in television history -- what the hell happened to the infamous Monkeemobile??? And TMZ has the answer ...

For those of you under 55 ... the Monkeemobile is the modified Pontiac GTO made famous on the 1960s Monkees TV show -- and the second Davy died ... it became THE hot topic in the Monkees fan world.

Famed car customizer George Barris -- who built the car for the show -- tells TMZ, he's been getting calls non-stop ever since Davy passed away ... bombarded with questions like, “Where is the car? Is it still available? Can we see it? Can we take a photo with it?”

And Mel tells us, he's always open to fans taking pictures with the car -- but they better be willing to travel to the Midwest ... because he doesn't feel comfortable driving it very far. In fact, he had to have it TRUCKED to a Davy Jones concert in 2010, where Davy signed the hood (above). 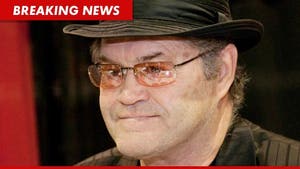 Micky Dolenz on Davy Jones' Death -- I Knew Something Was Wrong 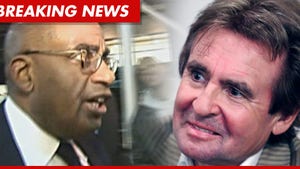